Sakurai's back in the driving seat, so get ready for some Super Smash Bros Brawl updates this week. Today's news is about more stages from Melee appearing in the game.

There was already a previous update about this, here's part 2. Five more stages are revealed: 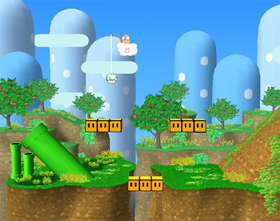 Man I've been waiting hours for a bite. 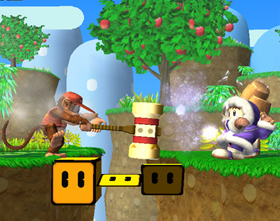 No I won't turn the heating down. 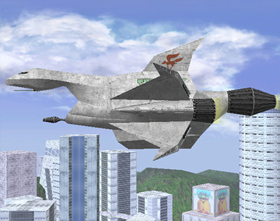 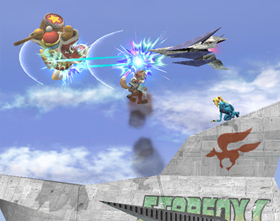 Are you sure this thing's safe? 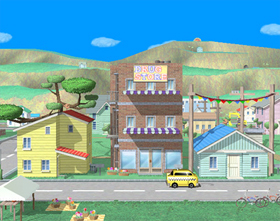 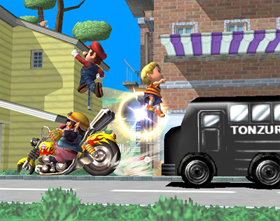 Everybody cool, this is a robbery. 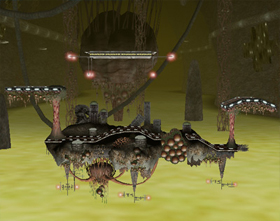 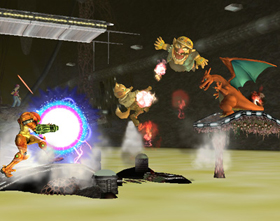 Where can I put this? 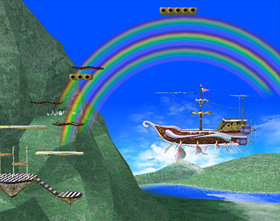 Triple rainbow, you don't see that every day. 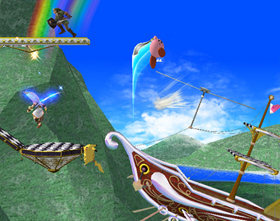 I knew that cruise was too cheap.

Thank you that it's back up, and thank you for Corneria.

Yes, the best stage from melee, which is Corneria in my opinion, is back! I love this update.

I want poke floats and big blue- those were pretty kewl.

I hate the rainbow cruise level.

Not bad news, glad we're getting more of the old stages confirmed. So we're starting out decent news for this week, but (as we all know) that can change pretty quickly for the better or worse. Hopefully a new character is coming up soon (A veteran would be good but a new character would be even better!). Anyway I'm in school right now so I can't really compare these to the old stages yet and see the refined artwork, but once I do I'll report them here.

Is this Melee 1.5? It just looks like they updated the textures in some of the stages. As they always say, if it ain't broke, don't fix it.

Part 1 was just 1 stage. But they said stages.

What, why is Onett back? I do like Corneria being back though.

I like these stages, except Corneria. Now when will they bring original ones back, like Dream Land or the first Kongo Jungle or maybe Saffron City.

Can't wait to go off the hills on Wario's chopper.

At least the first update of 2008 confirmed 5 new stages.

Here is a further review on the stages. Yoshi Island: Floor has more and bigger tan circles; The pipe has more of a reflection; The trees are less 2D and more 3D. Corneria: When hit by the Arwing you don't go up in flames but get hit with a light explosion; The Great Fox has visible plates covering all over it. Onett: Runaway Five's black van has "TONZUR" on it instead of "RUNAWAY"; Brinstar: Not any changes I can see. Rainbow Ride: It's now called "Rainbow Ride" instead of "Rainbow Cruise"; Rope carrying the most front propeller is more visible; The rainbows have a more vibrant color. Well those are the only changes I could see on them.

Yay. Onett's back. I love that stage.

Thank goodness Corneria is back, I love that stage.

Yeah, I think the flying ship on Rainbow Cruise is different.

Hrm. Call me far fetch'd, but I have a hunch that Sakurai confirming Onett MAY hint at Ness' return as well. All the other stages that have been confirmed to return from Melee are associated with their respective franchise representatives like Mario, Yoshi, Samus etc. Onett is not associated with Lucas (correct me if I'm wrong), but anyway, just a possibility.

Awesome! I love all of those stages.

Corneria is my favorite stage.

I loved the Yoshi's Island stage from SSBM and Corneria. Plus the arwings that kill my enemies.

I commend Nintendo for a great selection of past stages, including Hyrule Temple, for use in Brawl. Especially Corneria. I wonder if the D-Pad trick still works.

Enhanced lighting and gameplay? Bring it.

Lol to the 4th caption. I would've thought Dedede would have sunk the Great Fox! He's so heavy.

I hope all the veteran characters return. But what I really want is Mewtwo. He's good if you know how to use him, and he could be a villain like Bowser and Wario in the subspace emissary. But what really gets me ticked off is stupid people who say he's a clone of Samus. He is not. If anyone has any information, could you please post it? Lucario should be in Brawl, but not replace Mewtwo. And I think Dr Mario should be like overalls Wario, as an alternate costume.

Now all they need is Saffron City, Poke'Floats, Fountain of Dreams, CAPTAIN FALCON, and.. can't think of much more!

I loved Corneria, the only bad thing about it was during free for alls my cowardly brother hid at the end of the ship.

That's odd. The black vehicle now says "TONZUR" instead of "RUNAWAY". Glad to see these return though.

Love Corneria, Onett, and Brinstar. Yoshi's Island is not too bad (can be a pain sometimes though). Don't care for Rainbow ride/cruise though. And whoever said Big Blue and Poke floats should be in Brawl, you are CRAZY! I hated those stages.

Corneria, Onette, and Princess Peach's Castle are my favorite Melee stages, for sure. Saffron City in the 64 version was pure win.

LMAO Triple rainbow! Double rainbow guy would have a meltdown.