Publishers 2K have released the official box art for Wii U game NBA 2K13. As you can see it's a dramatic one, with a basketball game taking place in some kind of inferno. The cover sports the Nintendo Network logo, so online multiplayer can be expected. Jay-Z also appears to be an executive producer (who knew). As for the three basketballers, prizes for naming them! 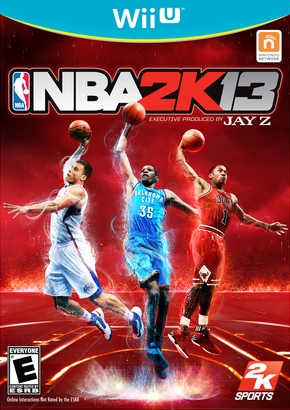 Good to see multiplayer in there, Nintendo needs to step up their game when it comes to online.