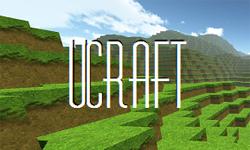 Digging through the details

With the upcoming trailer scheduled to release on Wednesday, Nexis Games has begun to release new information on their upcoming Wii U exclusive.

Their first major announcement revealed the inclusion of a class system for UCraft. Warrior, Magician, and Engineer will be available at launch with more classes planned for future updates. Nexis has also revealed that certain areas of the world will be inaccessible without the right skills and abilities. Nexis suggests that you bring along a couple of friends as certain challenges will be impossible to face alone.

Nexis Games says that UCraft is well on its way to completion. The developer promises that this week's trailer will show the quality to expect from this title. Wii's World will bring you the latest on UCraft, including the first gameplay trailer later this week. Nexis Games is also seeking input on future content for UCraft. Check out their website if you are interested in suggesting new features you'd like to see in future updates.

Does this latest news on UCraft have you looking forward to their upcoming trailer? How do you feel about the co-op element? Are there any features you'd like to see Nexis add in future updates? Let us know in the comments below.