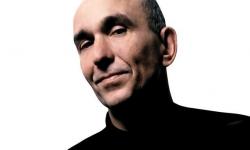 Telling IGN that the company "may have lost their way," but they "are super smart people." He made his statement while also somewhat criticizing the Wii U, stating that it is not "a sexy piece of hardware."

It looks like the Fable creator and current creative director at developer 22cans is on board with Nintendo as a whole. Could we see a Nintendo version of his upcoming god game, Godus? Probably not but it's fun to imagine.

I might suggest that Molyneux has lost his way as well. Fable: The Journey?

I'd have to agree with you. I'm hoping Godus isn't a mess like that game was.