Yes, Pikachu's electric, it's in a family full of eccentrics, and it's done things I never expected. Today we're looking at Pikachu's special moves in Super Smash Bros. Brawl.

The first time you use the side special attack you'll hit with a big damage rating of 20%. Consequent uses will gradually get weaker though. 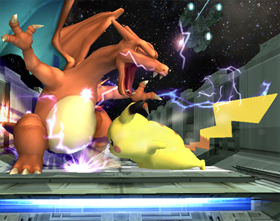 Oh god, anywhere but there!

Up special move: Quick Attack
Using the quick attack you can do two jumps in a row. They have to be in opposite directions though, so you'll make a zig-zag pattern through the air. 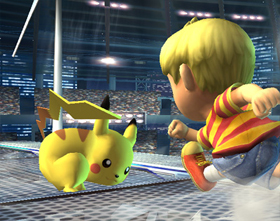 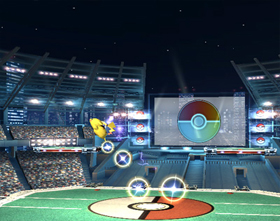 Man, no more curries for me. 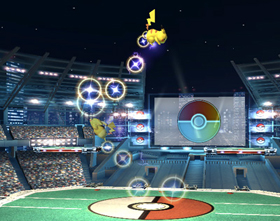 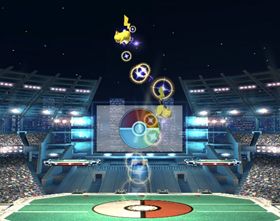 When will it end?

Down special move: Thunder
This looks more like lightning to me, but anyway. Enemies directly above will get zapped. If you can get Pikachu touching them at the same time the attack is boosted even more. 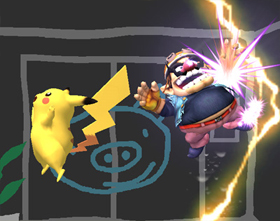 This isn't good for my pacemaker. 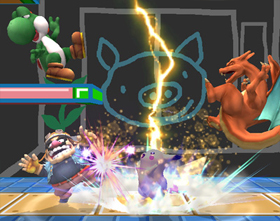 Yoshi's seen it all before. 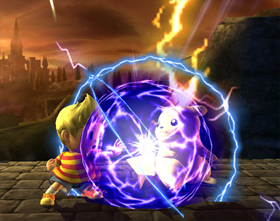 Step into the light, boy.

I lol'd hard at the 2nd caption.

Ya me too at the second one. Nothing we didn't already know though.

Hey did anyone notice in the samus moves update they show her using the super missile, but right there who was that guy flying in the air? I wish they would have shown both updates so I can show you what I'm talking about.

It's all really good but weren't Samus' moves introduced too?

Yuck, Pikachu poop! Come to think of it, do Pokemon ever go to the can?

I'm wondering why wario is in the exact same position on all three photos he's in.

The first wasn't bad either.

The second caption is so funny.