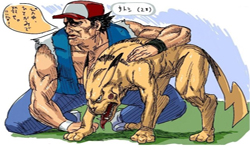 It don't matter if you're black or white

Nintendo has released an incredibly tall infographic for the recently released Pokemon Black 2 and Pokemon White 2 games on the DS handheld.

The infographic (pictured below) briefly overviews the features you can expect in B/W 2, like storyline, areas, new and old Pokemon, as well as a memory-link feature which lets you use your save game from the previous Black or White game.