Pikachu and his pokepals will be coming to Wii in another spin-off title, supposedly called Pokepark.

Players take direct control of Pikachu in this one, guiding him/her/it through a series of mini-games like battles, tags and quizzes. 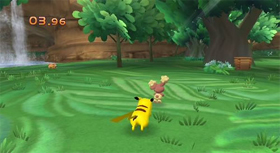 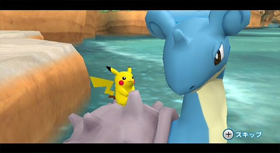 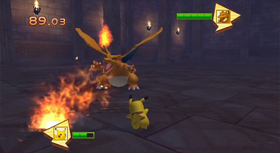 Pokepark is penned for a December 5th release in Japan, costing 4,800 Yen.

A new direction for Pokemon is the way to go.

Nice! I've always wanted Pokemon to try a game where it's not turn based. I'll totally get this.

This kind of destroys what I like about pokemon, just like hey you pikachu did. I am very comfortable with the depth of actual pokemon games. Pass.

Sweet! For some reason I had a dream that a Pokemon game like this would come out.

Dude sometimes games need to start a new fresh style of fighting and besides don't knock it until you try it.

Will it come out in north america.

Hey it's not an rpg! Awesome.

I saw a video on youtube and it looks awesome.