Some details on the new Punch-Out!! game from Nintendo have arisen, including this lovely box art seen below. 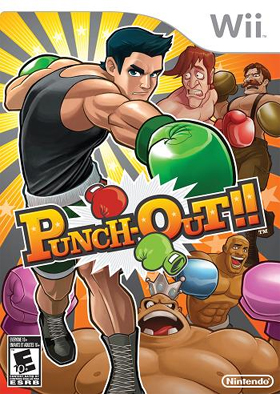 Centered around the battles of a boxer called Little Mac, this will be the next entry in the classic series which began on the NES in 1987.

It's being developed by Next Level Games, have they got what it takes to make this game a knockout?

This has been LONG overdue.

Well Next Level Games did make Mario Strikers which was a pretty solid game especially for a Mario spin off. Besides if the game is half as awesome as the box art I'm going to love it.

This will be the third! I have never played the first or second. I oughta rent this and see how it is.

Wow I'm pretty glad this is coming out.

Took Nintendo long enough for this.

This game will kick ass. I've played the other 2 and am thrilled about it, besides Zelda this was the best nes game.

I hope they don't destroy the franchise. Previous games were great.