In essence it's a follow-up to the original Robocalypse, a real-time strategy game which was released on the DS last year. 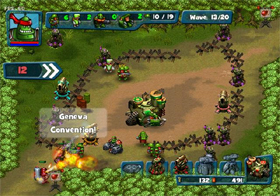 This new WiiWare outing will include:

Robocalypse: Beaver Defense will be released both in the US and in Europe. Some screenshots are already up.