Some characters in Super Smash Bros Brawl can glide around using their wings, characters such as Pit, Meta Knight and Charizard.

You start gliding by holding down the jump button after a jump. After that you can control the speed and angle of your glide using the stick. One problem though, you can't change direction!

Reminds me of using the cape as a cheap way to fly through levels in Super Mario World. Hey, I bet you did it too. 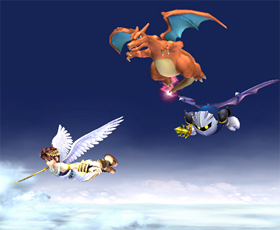 The flying circus is in town. 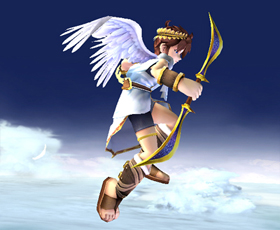 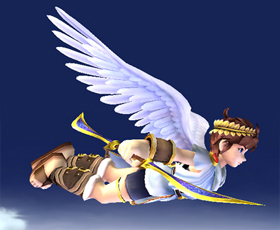 Brrr, wish I could afford jeans. 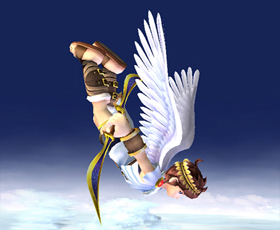 Woo, a donut on the street. 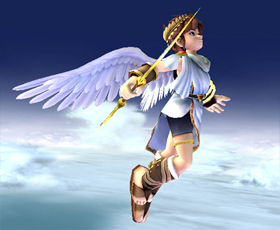 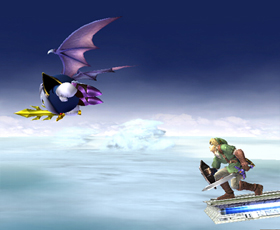 Zigged when he should have zagged.

From all the gameplay mode news, this one is the best.

Would suck for those who's favourites don't have projectile moves.

Strike now link, stab that flying freak in the back, do it now.

I though you could change direction.

Man I love the caption for the second pic.

I'm glad that Smash took the wings into account.

They only one of these three I must be using, is Pit.

HA! I knew Charizard could fly! I already know Pit and Meta-Knight could because that's what they were doing on a trailer of Super Smash Bros Brawl.

It would be cooler if they could turn. I guess Charizard, Pit, and Meta-Knight won't have a third jump after all. I wonder if you can fly up.

This is good because meta knight and pit are two of the 4 new characters I'm thinking of making my 4th character.

Yes! I am going to Pwn with MetaKight.

Look like link needs to know how to glider.

You could win easily in adventure with these guys.

Hey Smash Champion! I don't think you can do that because they would just fall down. Like in ssbm, after you do your third jump, you fall down and can't use it again.

What stage is that?

Alright, what I said about Charizard losing some points because of rock smash, he just made up for in gliding. I think this is an innovative and interesting idea. I'd like to try it out myself though.

All 3 of these characters are the bomb! What about peach? She was the only one who COULD glide in SSBM, so.. By the way, Pit will kill them all. He's got the power of god on his side, OH YEAH.

They WILL have a third jump, the gliding is similar to Peach's floating thing in Melee. In short, the glide is part of the second jump.

It reminds me of how peach floated in melee. I wish you could change direction though. Charizard, Pit, Ivysaur, Squirtle, Meta Knight, or Diddy Kong. WHICH TO PLAY AS FIRST!?

I've always said I was going to play with Meta. Now I know for a fact that 'my victims chance of survival has now dropped to minimum'.

Meta knight will pwn the angel.

Yes. Enemies of metaknight and pit beware. I'll be controlling them.

I thought there was going to be naked snake from MSG3?

It's like an advanced Princess Peach. You know, in Melee she could float around. You think if Ubisoft allied with Nintendo, Rayman could be a playable character? Gliding with the Helicopter Hair! Plus, he's already popular on the Wii with Raving Rabbids. I thought he was going to be in Melee after Rayman 2: The Great Escape came out as well as Diddy Kong from DK 64. Well, Diddy's been announced. Will Rayman?

Oh, WIIPING FOR Wii, that's Lylat Cruise, when the ship crosses through the planet's atmosphere. Just so you know.

I peed my pants. Wiis world, you owe me a new pair of jeans.

This is the same trick used in Paper Mario Thousand Year Door with the paper airplane. Would be interesting if Paper Mario was a character. I can easily think of a move set.

That might be a possibility, Dark Star. With the success Paper Mario's getting, they should put him in (that is, if cell-shaded Link is added).

@iceclimberbeastx3: You're right; Pit can't fly. However, gliding is NOT the same thing as flying.

NICE! This game is going to be great.

Is a cool move but not better than that final smash move all charaters have.

Why all the talking about new characters who are completely new. We also have old school characters like BANJO from Banjo Kazooie.

If tails comes to brawl, will he be one of the gliders?