Taunts going on in Brawl

It's all about the taunts in today's Super Smash Bros Brawl update from Sakurai.

These taunts have nothing to do with combat, they just exist to show off and talk smack to your foes. Each fighter has three taunts available, you fire them off using the + control pad. You can attach a short message to each taunt as well. 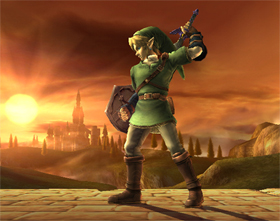 Were you looking? I just did a cool move. 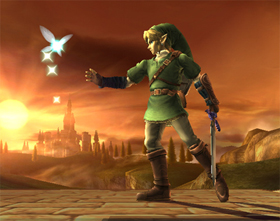 I can't afford to keep you any more. 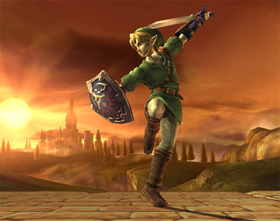 What? All the tough guys do this. 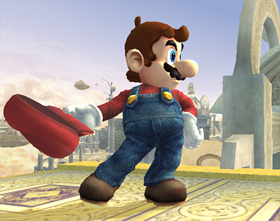 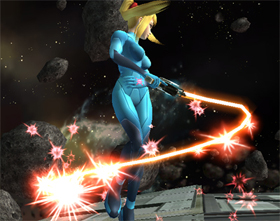 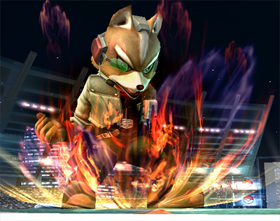 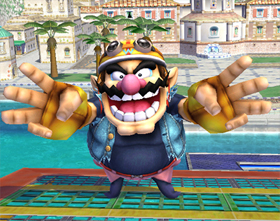 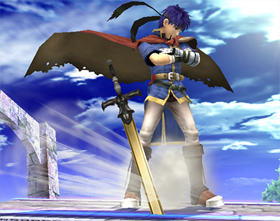 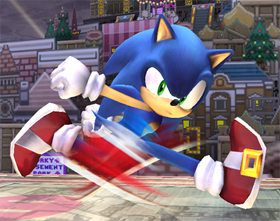 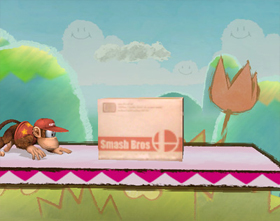 I don't trust it either. 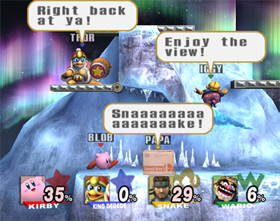 Another one of those "We Already Knew" updates but still it's nice to see some new ones so I can't complain. Wario's hand taunt freaked me out this morning.

I don't understand fox's taunt. Damn I didn't know Wario had those big hands. I like Ike's taunt.

Yay. THREE taunts. And I was hoping for Link's signature sword sheathing in Twilight Princess.

Pretty cool update, lots of screenshots. I like it.

Sonic: want to buy my games?! I guess this is a pun on the massive flop the Sonic games were in Japan. Anyway it's awesome that each one of them has 3 different taunts, adds variety.

There has to be a built in editor for obscene words, because I can imagine the crap that people will put on their taunts. Now that's a great sideboob. Heh, sideboob.

Taunts are cool. Look at wario's hands. There are only 4 fingers on each hand.

I have a feeling I will never use these.

As a Link user, I couldn't be more happy to see his old taunt go and his one from the N64, plus other great ones, return. These make Smash Bros fun.

Thank god they put in the SNAAAAAAAAKE thing for brawl. I wish you heard that every time he lost a life, that'd be funny.

The Sonic one was funny.

This is also a feature I've been wanting, along with the entrance. As I said before: Ike, yet again, is the coolest character the game has to offer. Too bad the comments can only be done via WiiMote. This is an AWEsome update.

I came up with my messages for all of these. Except sonic, I hate him.

Hey insultman911, can you count? I'm pretty sure that's 5 fingers. Anyways, this is cool! I love how they included a fairy as a taunt for link. Strange. And snake's and Ike's are awesome.

I know all Mario's taunts. The up taunt is growing bigger just like the old days. The side taunt is taking off his hat, and his down is spinning and saying "ha!" (check out the sonic is in brawl video).

Wario: And what about this sideboob? This sideboob turn you on? Well, it shouldn't, that's my sideboob. Also, Scooby Jew, that is a great idea. You are a genius.

I had to laugh at the anime reference from Dedede and I have to agree with who wrote the Mario caption. Does Mario dye his mustache or his hair or what happened?

I'm tired of these useless updates. We could've already figured that out. It's about time they started revealing characters, or at least stages.

Block dude I got to agree with you, November's updates have not gone off on the right foot. Hopefully on Monday we'll get a whopping new character revealed.

"yo mama's ugly!" XD, it's even funnier because they are brothers.

I can't wait to make all the taunts.

Well, I suppose Yoshi's first taunt would be the Yoshi Wave as it was in the last game. Judging by the videos, his second taunt could be that spinning tail/wave thing (in the video it looks like he's chasing his tail). I really have no idea what his third taunt could be.

I think the camera should focus on link when he grabs something.

Does anyone know the limit of letters used for each taunt message?

How do you put the messages in the taunts?

I think some people might get to carried away with taunts.

How do you attach the messages to the taunts?