The Croods coming to Nintendo platforms 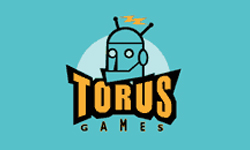 DreamWorks' latest animated movie The Croods is set for release in March 2013, and Torus Games have been contracted to develop a video game to go alongside it.

The game will hit all current Nintendo platforms - Wii U, Wii, 3DS and DS. By the sound of the press release below, it won't be one for core gamers:

Explore spectacular landscapes in an incredible new world filled with never-before-seen creatures as you battle your friends and family in this awesome adventure with up to four-player multiplayer for Nintendo's Wii U and Wii consoles (single player for handhelds).