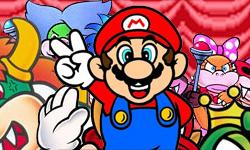 Because Mario is Awesome

University final resits are... very, very time consuming. On that note: Top 5's? To hitch a ride on the website bandwagon, Mario has been in my life since I was three years old and Super Mario Bros. was the first game I ever played.

Mario has literally, in some way or another, changed my life and my relationship with video games... and surprisingly still, nostalgia plays no part in how I reflect on the series. I'm lucky that I know the history, but nostalgia itself doesn't need to play a part because these games are timeless.

I have had serious debates about the merits of Goldeneye for the Nintendo 64 with my friends, because it's a game that changed the landscape on release, but now with its clunky controls is the antithesis of something showing its age. Super Mario Bros. is still as masterful in precision, creativity and game play as it was all those years ago. Mario is probably the first thing you think of when someone says video games, bad or good.

So these are my personal top five Mario games. I only included the main series. 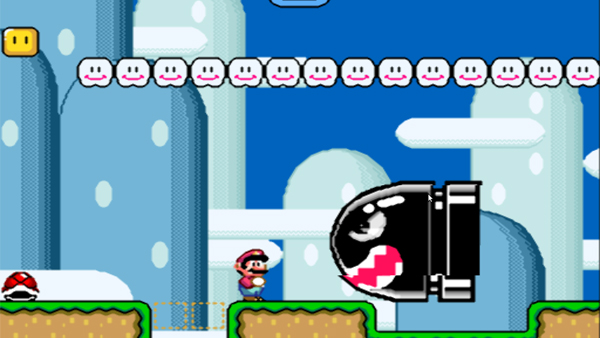 Super Mario World vs Super Mario Bros. 3 is the argument of all arguments for Mario elitists. Whilst it's not quite up there for me, Super Mario World is still a glorious game. The fact that it came with the Super Nintendo was the craziest thing. Can you even imagine a game of this calibre being pre-packaged any more?

Super Mario World had a livelier world-map, secret levels, ghost houses, it really felt like a whole new thing. The new power up, the feather, was intense and in line with the feeling of the Tanooki suit from 3. Super Mario World was a more fleshed out 3 and for that, some people consider it the best Mario game of all time. For me, it brought a cute factor I couldn't really get behind. The more saturated look, Yoshi... all kind of contributed to Mario and co. feeling a little more cutesy than the previous games. However, never mind bumming people out too much, Mario World is one of the best Mario games of all time. 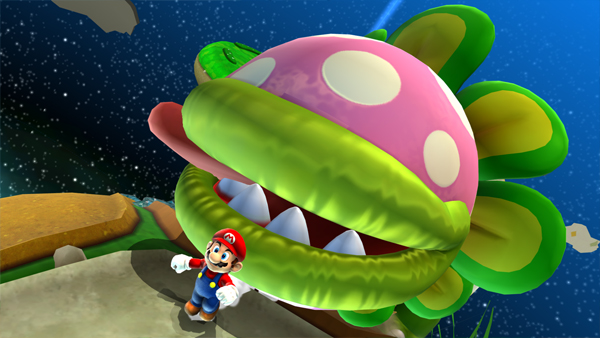 But most importantly Mario Galaxy was Nintendo's proof that Super Mario could go new places. That gravity mechanic was just fantastic to mess around with, the star bits, the overworld, Super Mario hadn't felt this fresh or creative in a long time and it spoke lengths about Nintendo's policies: Make a great game first, everything else fits around that. 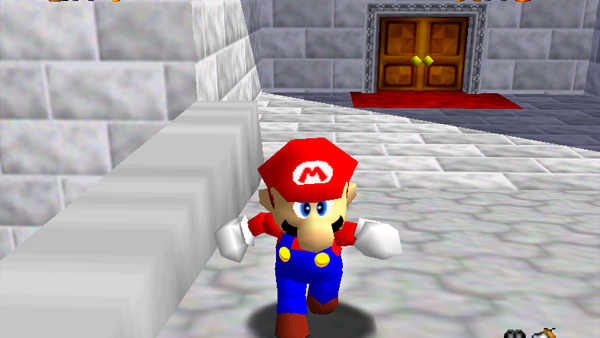 Back when the PlayStation was all the rage, I had one friend who waited, as did I, for the Nintendo 64. After playing Mario 64 I was sold and felt justified in my personal stance of waiting for the system instead of getting the PlayStation . Of course eventually I did own the PlayStation but in all honesty, nothing on that system sold me in the same way that Mario 64 did for the 64. You had NEVER played a game like Mario 64 before release. 3D Mario came to shock expectations, it came to shatter dimensions, it came to change the video game industry.

Mario 64 did just that. The thing I've always found about this game is that you can never really compare it to the older games to show just how much Nintendo had progressed the plumber, because it's SO radically different that there would be too much to talk about. Needless to say Mario 64 is a game you have to experience, even if you don't see it in the same light we did when it first released. 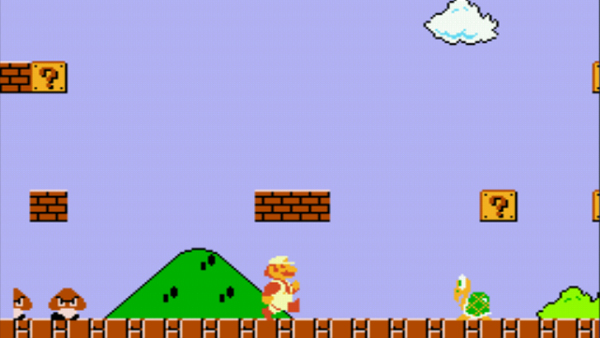 The first game I ever played, also probably the most emulated game of all time. Super Mario Bros. almost single-handedly brought video games back from the dead and started the Nintendo era. The way this game was so fully realized always stuck with me. When the second-best you had was a black-box game, Super Mario Bros. was the ultimate. It's weird when we look back at this game, that system and realize without a Japanese company, the American video game market could have been well and truly dead.

Nintendo had a bunch of incredible IPs pop up first on the NES, but Super Mario Bros. was the game to show consumers that prior consoles had nothing on this system. After playing Super Mario Bros. you wanted to buy this system. The color, the graphical resolution, the music... oh goodness the music. Kondo became a name synonymous with video game music after this release. Mario, Luigi, Mushroom Kingdom, Princess Toadstall, Koopa, these were all names and words that would be attached to video games forever and after. 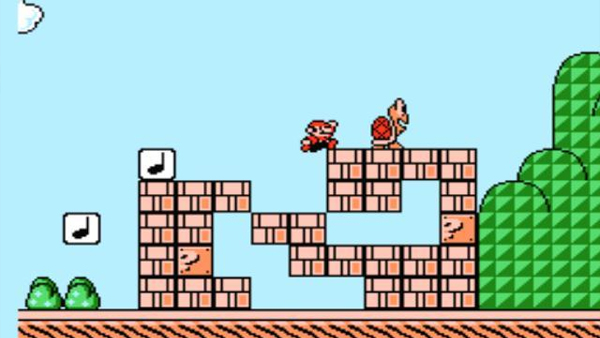 I have so many memories playing this game it's sometimes hard to think of a specific one. Childhood, when I played it any time I could get my hands on it with my brother? Or do I talk about last year, when me and my brother completed it drinking 2L's of Pepsi Max in my small room in a crappy shared university house? Or any time in between? Super Mario Bros. 3 is attached to so many memories in my life that it would be hard to do it justice with one. However, it was one of the first games I ever played and one of my earliest memories is going round my Dad's friends regularly, basically ignoring anyone in the vicinity and playing Super Mario Bros. 3 as much as possible before I was pulled off the system and shoved in my car, not to return for another two weeks.

Super Mario Bros. 3 was a bigger Super Mario Bros. It was the biggest game on the original Nintendo minus pack-in titles. The graphics looked incredible, especially when compared to those early '86 games, the sound was some of the best on the system which took full advantage of the DPCM on the soundchip, which early systems never got to do, making for some exotic sounds when compared to the rest of the library, like the percussion in the overworld music. Gameplay was spot on, just an incredible amount of fidelity, but maybe the biggest thing for most was the addition of an overworld, showing you just how big Super Mario Bros. 3 was in comparison to the previous games.

Super Mario Bros. 3 had an environment for every player. My person favorite was World 3: Water Land, but my brothers was always World 4: Giant Land, it was just such a big game with a different feel for every world. This also started the long running tradition of the Mario worlds following a specific pattern. The power-up's were an incredible addition which I feel has never had the same impact since this game. Sure, Mario World had the feather and that was all well and good, but it didn't have anything as inventive as the Frog Suit or Hammer Suit, or even just Takooni Mario. Mario 3 was like a child's dream. This incredibly imaginative place where anything could happen and was perfectly planned out. A child's dream, but an adults imagination brought to life.

What are your favorite Mario games? Get at me with that, I'll be patiently waiting for someone to call me out on my low Super Mario World number.

It would be awesome and certainly a blast of nostalgia, but I think development costs are just too much these days, the best we get is demo-games like Wii Sports, which I certainly liked a lot, but it's no Super Mario World.

Super Mario 3D World was planned as a Wii U launch title. I feel like if it had launched with that game, the initial reception to the console would have been better. I do feel like Wii Sports was an excellent launch title because it perfectly showed off the new motion controls.

Agreed on all of that. What did you think of Super Mario 3D World yourself? I didn't mind it, but personally I felt like it hadn't been too long since I had played 3D Land and I didn't really need a game in that vein again that soon. I do miss the days that Nintendo released one game on one particular engine.

But don't get me wrong, objectively that game is a fantastic product and you're totally right, Super Mario 3D World would have given everyone something to play for half a year whilst the Wii U tried to get its footing.