Zen Pinball 2 coming to Wii U 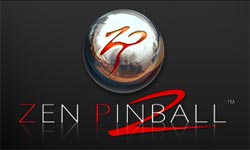 Zen Studios have a long track record of making pinball games, so it can only be a good thing for pinball fans that they're bringing Zen Pinball 2 onto the Wii U eShop in North America and Europe.

Better yet, the game will be a free download with free trials of all tables. After trying tables out, they can then be purchased as DLC. Here's a list of tables:

That's a lot of tables, you must agree. Several GamePad features are supported too - like using the touch screen to control the plunger. National and worldwide leaderboards will be maintained to track the best players. You can also take a break from the TV and just use the GamePad to play, as is common in other Wii U games.

Zen's official blog says the game will be out sometime this month, so the pinball wizards out there won't have long to wait.