Master Higgins is back in the second installment of the classic Adventure Island series. This time, the Evil Witch Doctor and his monsters have taken over the island and captured Higgins's sweetheart too.

To reach her, Higgins must get through eight islands filled with stages of increasing difficulty. Along the way to each stage's goal, he'll encounter numerous enemies and obstacles. The last stage of each island contains an end boss that will push Higgins to his limits. In addition to his trusty axe, Higgins can enlist the help of four dinosaurs with different abilities that come in handy on land, sea and even in the air. With the help of his companions, only Master Higgins can restore peace to the island and save the lovely Tina!

Adventure Island has no review on Wii's World. Write a review 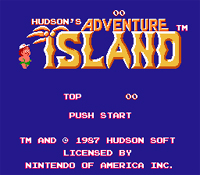 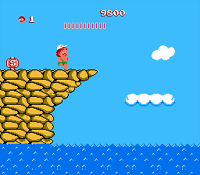