Bonanza Bros has no review on Wii's World. Write a review 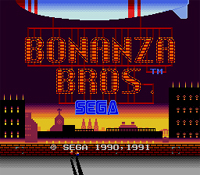 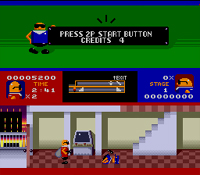 These guys are copycaters they took the name from mario bros. And changed it to bonanza bros.

Just because the title has Bros (brothers) in it doesn't mean it's a direct copy. In fact the game is nothing like Mario at all, I remember plying this when it was released on the Atari ST. A classic game and one that I will be buying for the VC.

I think locke2007 is right. Just because it has bros it doesn't mean it's related in any way to Mario. I've actually never really heard about this game, maybe I'll buy it to see what it's like or I'll read a review first.

Didn't they have a game like this on Dreamcast?