Published by G-mode, Developed by -

As chef Peter Pepper, you must fend off the food enemies while making perfect burgers.

Each ingredient is located on a different platform, and you must climb a series of ladders in order to reach them all. Once all the burgers have been completed, you will be able to move on to the next level. Use pinches of pepper to stun the enemies or lure them onto or under the burgers to escape their clutches. It's the ultimate kitchen confrontation.

BurgerTime has no review on Wii's World. Write a review 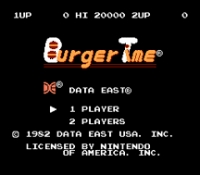 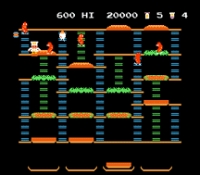