In this hidden gem of an action game from Mario creator Shigeru Miyamoto, you play heroic dragon Tamagon, who must defeat evil by collecting boa-boa dots inside a maze and destroying enemies with his fire breath.

However, keep an eye on the devil at the top of the screen, who instructs his minions to move the maze in random directions, trying to squash Tamagon within its walls!

Devil World has no review on Wii's World. Write a review 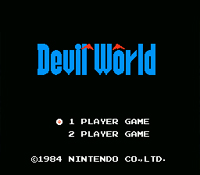 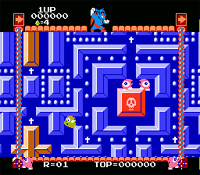