Fantasy Zone has no review on Wii's World. Write a review 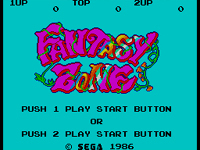 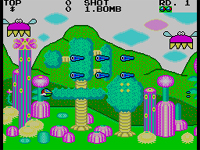 I have this game on the NES. It's worth buying for its originality alone, and I've heard the Sega version is better than the NES version. It's a pretty short game though, but it's fun to play over and over again, and it's also cool to budget and shop for weapons. Also, the music is insanely catchy.