Published by NEC, Developed by Hudson

Military Madness has no review on Wii's World. Write a review 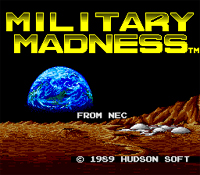 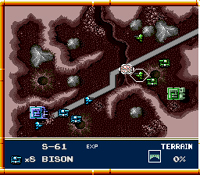 This game looks like a pile of grated cheese when you look at it up-side down.

This is a great game! I highly recommend this if you enjoy strategy games like Advanced Wars.

I heard a lot of good things about this one, I'll have to check it out.

Love this game! Don't have it on the VC though, I have it on my Dreamcast "virtual console".

This game is really, really good. I highly recommend it, even if you are only slightly interested in strategy games.

I am buying a Wii just to download this game.