Pokemon Snap has no review on Wii's World. Write a review 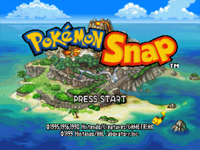 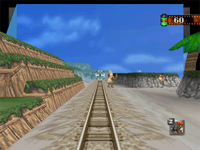 HUZZAH! I dunno why people wouldnt enjoy this game. It's so fun.

Might just buy this game because of the added feature, but Ocarina of Time and such come first. I knew I shouldn't have bought Star Fox 64 that day. It's a great game to be sure, but just doesn't have too much replay value for me.

You're right, ocarina is a must. I'm still going to gift Pokemon Snap to my friend using my dad's money, then he'll give me the game also.

Wow I had this game I got like every pokemon, knew every secret path and I forgot I need this game so bad.

I remember this game. I went to Blockbuster like every day to print out pictures. I still have a few.

That picture-thing never worked for me! But then again, it was at McDonalds.

Probably the most unfairly overlooked title in the series. But it was so good *disappointed face*.

Memories! This and Mario Party 2 were the only N64 game I ever rented, before Family Video got rid of them.