Romance of the Three Kingdoms IV: Wall of Fire | SNES

Romance of the Three Kingdoms IV: Wall of Fire

Devise strategies against foreign rulers and take control of their cities to grow your own empire. Build armies and move your troops across the map, before plunging into the fray. To be a successful ruler you will need not only great warriors but also farmers and scientists; growing crops to keep your people well-fed, and developing new weapons to aid you in battle. But watch out for unexpected events like plagues, floods or swarms of locusts!

Romance of the Three Kingdoms IV: Wall of Fire has no review on Wii's World. Write a review 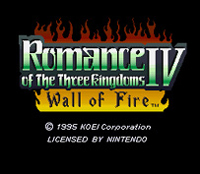 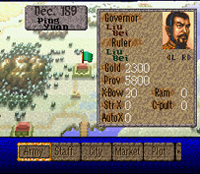