Published by NCS, Developed by Hudson

Shockman has no review on Wii's World. Write a review 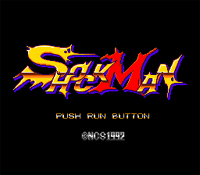 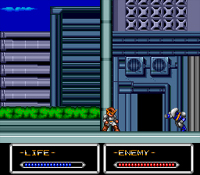 It's pretty cool. You should try it.

This is probably my least favorite game in the Shubibinman series. For whatever reason, they decided to give this sequel a Mega Man approach, but the gameplay came out a little sloppy. It had a lot going for it though. Definitely skip ahead to the third game in the series.

This game is fun, but when you lose you have to start over completely.