Street Fighter 2010: The Final Fight, released in Japan as 2010 Street Fighter is a side-scrolling action platform game released by Capcom for the Nintendo Entertainment System in 1990.

It was marketed as a science fiction-themed spin-off to the 1987 arcade game Street Fighter. The English localization of 2010 changed the name and back-story of the main character to imply that he was Ken from the original Street Fighter, whereas the protagonist in the Japanese version is a completely unrelated character named Kevin. 2010 is of a different genre from the traditional Street Fighter games, which are competitive fighting games.

Street Fighter 2010: The Final Fight was originally released on the NES in 1990. It was re-released on Virtual Console on the Wii not too long ago. It was also re-released just a few days ago on the 3DS Virtual Console. Contrary to its title, the game has very few things in...read full review 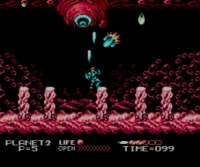 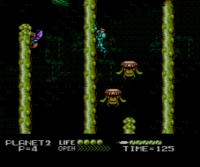 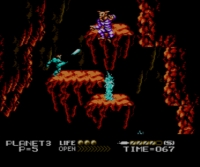 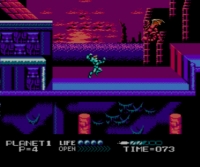