Released only in Japan, this sequel to the smash hit platformer was never brought to the west in its original NES version. Later released on Virtual Console for Wii, now you can experience this rare classic in all its 8-bit glory on your Nintendo 3DS.

The Lost Levels expands on Super Mario Bros. with tough new level designs, trickier enemies, and new features like fierce winds that blow Mario away. It's the ultimate challenge for any Mario fan. Are you up to the task?

Super Mario Bros: The Lost Levels has no review on Wii's World. Write a review 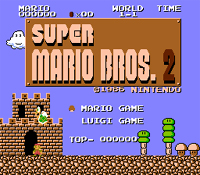 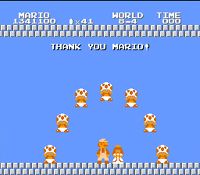 Hope they release this in the US.

I would love to play this.

Do you all notice the Peach sprite is different in this game?

I got this on the Wii shop channel, it is very hard. All these years I thought I had well trained thumbs, oh well.

I can't get past world 3-4. This is harder than the first one that I played years ago. Wow. Brings back some good times though.

This one is like those really hard hacked SMB 1 games. Love it.

I played in the SNES and it's cool. Too bad Nintendo didn't release this game during the NES era.

I played this game back at my early time in Shinjuku and it rocks, now I'm getting it for my Wii on VC. This game is much better and harder than Super Mario USA which our beloved Doki Doki Panic was based on.

The game is hard and I play it in the Super mario all stars on the snes.

Man this is hard. There's the poison mushrooms, the winds, the red piranha plants (come out of pipe even if you're standing on it!) yet it's still awesome.