Published by Bandai, Developed by Namco

Xevious has no review on Wii's World. Write a review 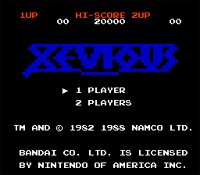 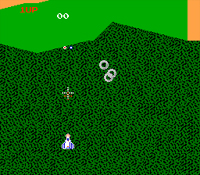 I always see games like these on those big game machines at stores.

UK and Japan get everything.

Cool, I realy like this game but already have it so probably won't be buying it.

I need to get some Wii points!

This game doesn't look that fun.

You could even play this game on StarFox Assault.

Xevious. Oh man. That arcade machine has taken pretty much my all of childhood's weekly allowance. I LOVE this game. The only other space shooter that compares was Bosconian.

I have StarFox Assault along with this game, so I'll pass.

I have this for StarFox Assault too. The opening tune is really catchy. The game becomes really difficult later on.

Bosconian was THE best space shooter I've ever played. Maybe over Galaga, but that's a stretch.