A few months back there were rumors of Warren Spector, a designer famed for titles like Deus Ex, working on a Mickey Mouse/Disney platformer game. Concept art from this has now made it onto the web.

Codenamed "Epic Mickey", the art direction is pretty dark stuff and doesn't seem like the kind of thing Disney would be up for. 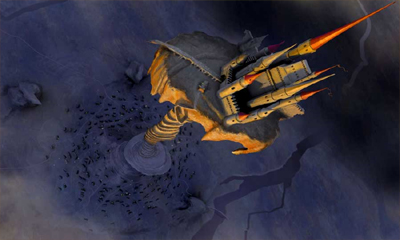 They'll do anything to hang onto visitors these days. 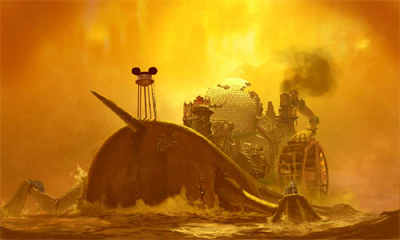 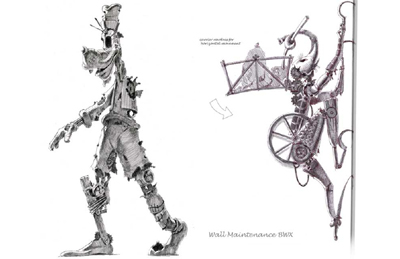 The studio behind Epic Mickey is called Junction Point, the online resume of one of their developers (Tony Pulham) states the game is/was intended for Wii:

Without confirmation either way, it may be that "Epic Mickey" never made it past the concept stages and could have been canned. Here's hoping that's not the case though.

Personally I DO hope this Epic Mickey thing comes through. It's been ages since we've last seen a true Mickey Mouse platformer.

Wow from the concept art this does look epic. I can't wait to see demo of what it is and will be about.

Perfect Gun: don't we all wish.

Well I don't see us gettin a kingdom hearts 3 so this could be a nice replacement. Or even a competition towards it.

Did this turn me on? Yes.

I hope you are Sorcerer Mickey and have to take down all the villains.

Kingdom Hearts in general hasn't gone THIS dark. If anything, the furthest "dark" they've gone is at the end of Kingdom Hearts 2 (avoiding spilling too many spoilers for those who STILL haven't played). Besides, Disney AND Pixar aren't even on this project, as of yet. If canned, probably because they wouldn't joined for the reasons shown here. But IF they get on the project, THEN let's start assuming a "Kingdom Hearts 3" for the Wii.

I'm sure that this game was canned. That's too bad in my opinion. It's something I would like to play.