Two-man indie team Dahku is releasing its second title for the Wii U eShop! Soon Shine tasks players with fighting off hordes of spirits hungering for the energy of the sun and moon. The game is played entirely on the Wii U GamePad's touch screen, and combines the single-screen score-racking fun of puzzle classics like Tetris with the quick reflexes and tenacity required of an action game.

Soon Shine has no review on Wii's World. Write a review 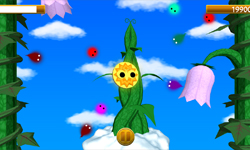 Soon Shine announced for Wii U
The small indie outfit Dahku Creations has announced a new game coming to the Wii U eShop: Soon Shine. Soon Shine is played entirely on...