Assemble your team of three from seven unlikely adventurers, each with their own unique personalities and stories, then descend into the mysterious depths to explore locations including a subterranean amusement park and a medieval castle, not to mention a fully armed and ready-to-launch nuclear-tipped ICMB missile. The Cave awaits.

Anyone who is familiar with Ron Gilbert and his unique take on adventure and humor will understand what my tagline was going for. If not, then I have some explaining to do, and don't worry, I will explain. Monkey Island. Instantly that title brings very fond memories rushing...read full review 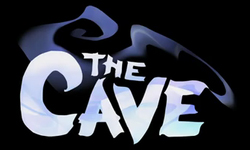 The Cave characters trailer
One of the Wii U eShop's more promising titles for early next year is The Cave, an adventure created by Double Fine Productions and...