Published by EnjoyUp, Developed by -

A small light in the darkness

Abyss is a humble game, but that does not make it less worthy than other titles. It is fairly minimal, but at a budget price is a good value.

Abyss has a story, but only in press descriptions. In the year 3024, natural resources on Earth have dwindled. A group known as the ASAN develops a bio-mechanical robot named Nep2No to find new energy sources. Our plucky robot discovers stones filled with energy called Gaia and is tasked with retrieving them from narrow, winding caverns. 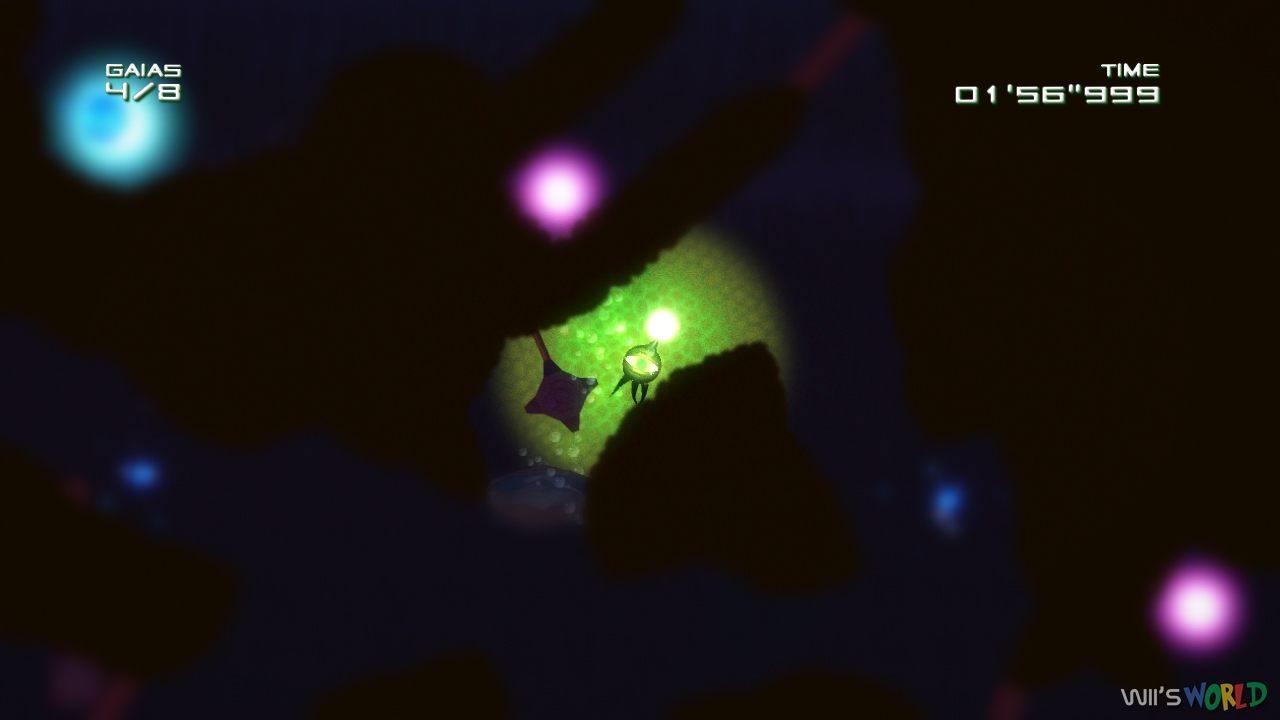 Abyss does draw inspiration from old-school platform games, but the gameplay is largely based on underwater sequences from these titles. Nep2No is navigated by players with a boost/thrust button and can be sent in any direction. More acceleration gives Nep2No more momentum and players must be careful to balance speed with control, lest the little robot crash into a wall. It can be easy to lose control of Nep2No, so near absolute precision is required with a high degree of skill. This is especially true when trying to collect the six Gaia stones in each level. If players have ever tried the bathysphere segment in Earthworm Jim, they will have a good idea of how the gameplay works.

Graphics are kept pretty simple in Abyss. The environments are supposed to be dark caverns in deep seas, and they represent that feeling well. Nep2No has the only light generated in these areas, and it gives the game a haunting feeling. The lighting effects in these sections are also well done. The game uses minimal 2D graphics, but as titles like Limbo have proven, a game does not require great graphics, or even colors to be good.

Abyss' soundtrack is also fairly minimal, though the muted and soft melodies work very well in the game's context. The only other sound element of note is an 'adviser' who gives slightly garbled voice instructions to Nep2No like 'Slow Down' or 'Speed up', and it does give a good impression that it is hard for these people to communicate from so far away. 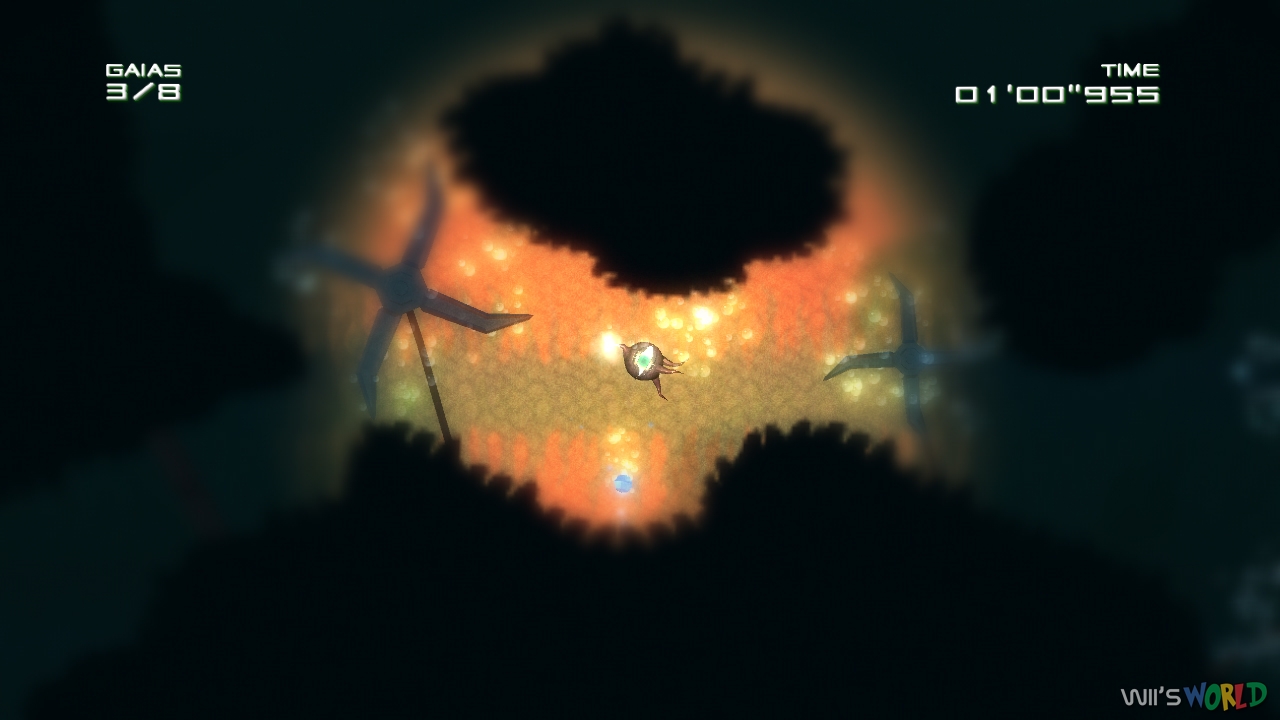 Even with the game's high challenge, Abyss is not a very long game. Normal mode consists of 12 fairly short stages, with an additional 8 during the game's 'Dark' (Hard) mode. There is also a two player co-op mode in which players can compete for the best times.

At a normal eShop price, Abyss would be considered a very bare bones experience. However, at the budget price of two dollars it definitely deserves a look from 2D action aficionados. For the title's modest price, Abyss delivers some good, if difficult, fun.