Maybe it's because I never grew up with Another World (or Out of this World, as it was previously known as is North America), but after finishing the game, I felt nothing but relief from the fact that I would never have to play it again. It's really disappointing to not be able to appreciate a supposed classic as much as others, but Another World - 20th Anniversary Edition just wasn't much fun. The game's not terrible, but it's insanely frustrating for all the wrong reasons.

You play as Lester, a young physicist who's been working on an experiment involving a particle accelerator in an attempt to recreate what happened when the universe was born. One night, Lester is seen driving up to his laboratory and further working on his experiment when lightning happens to strike the lab, corrupting the experiment and creating a hole in time and space that Lester is sucked into. Our protagonist finds himself in an unknown world, and he is soon captured by aliens inhabiting the planet. After being thrown into a cell with another alien named "Buddy", Lester manages to break free of his containment, and now both he and Buddy have to work together to stay alive and free. 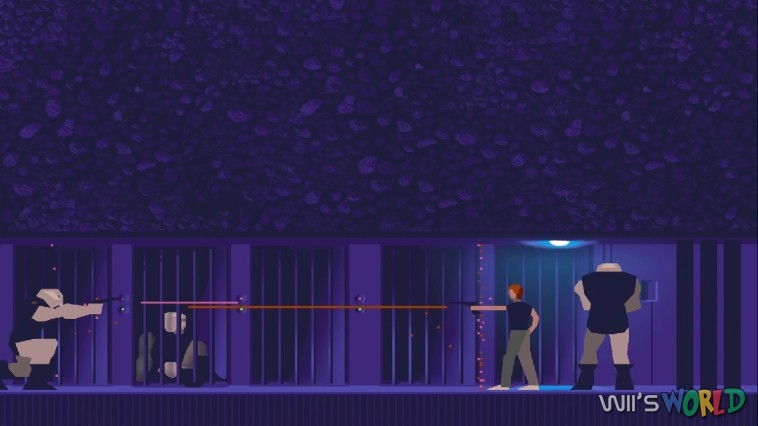 The thing Another World was most known for was its innovative cinematic effects used both in gameplay and in cut-scenes. Of course, nowadays being cinematic isn't really all that special, but back then, it was something almost unheard of in the gaming industry. As more people started to notice Another World's new approach to gaming, the game gained more and more popularity over time, and is considered by many to be a classic. It's a shame, then, that this classic doesn't seem to hold up too well by today's standards.

Another World is primarily a trial-and-error kind of game. Often times, you'll meet your demise without any forewarning whatsoever, and hope that you know how to overcome it next time. This leads to several of the deaths feeling incredibly cheap, and encountering these kinds of situations constantly throughout the game will only cause multiple cases of frustration for the player. One minute you'll be running to the right end of the screen, then the next minute you'll be shot down by a very sudden ambush of alien soldiers that takes ungodly fast reflexes in order to avoid. While this type of gameplay does encourage players to learn from their mistakes, it doesn't seem implemented correctly when more than half the time the mistakes aren't even the player's fault to begin with.

The game does have a bit of platforming and some puzzles in it, but whatever potential the level design had is almost completely ruined by the clunky controls. Due to the cinematic style of the game, actions like jumping are preceded by several frames of Lester starting to jump before actually jumping. This will cause several deaths if you don't have the exact right timing down, so you'd better get used to those death scenes of Lester falling into spikes or being eaten by weird floor monsters. You'll probably be seeing them quite a bit. 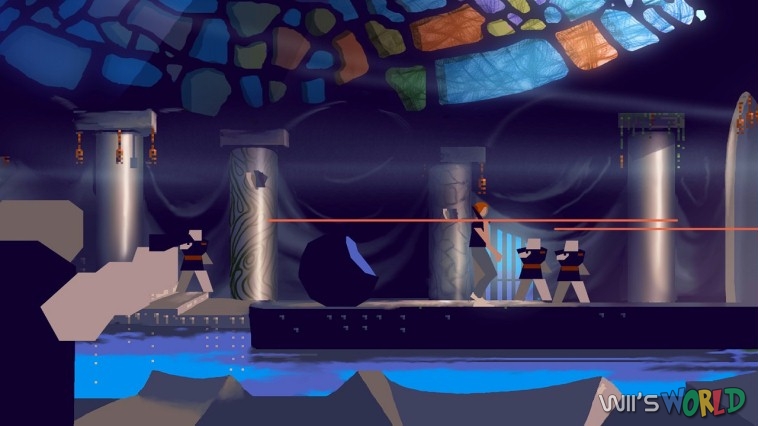 Combat isn't an area the game exceeds at, either. Before you get a gun, all you can do is kick. When you do get a gun, you can either press A immediately to fire small shots, hold it down for a bit to create a shield, or hold it down even longer for a bigger and more powerful shot that can be used to break walls as well as destroy enemies. All of this is done with just the A button, so repetition just might rear its ugly head for some. The combat gets the job done, yes, but it's not necessarily anything impressive or mind-blowing.

Despite the game's rather high difficulty level (regardless of whether or not it's actually fair difficulty), Another World - 20th Anniversary Edition seems surprisingly lenient towards deaths. If Lester dies, then you're simply sent back to the last checkpoint you crossed, and in most cases they aren't too far apart from each other. From what I hear, the original version of the game apparently wasn't as forgiving with its checkpoints, so if you really love getting punished for dying, the original is probably a better option for you.

But was Another World ever really primarily praised for having excellent gameplay? Of course not. What had most people impressed were the cinematic graphics that were highly innovative for the game's time. The 20th Anniversary Edition not only remasters the original graphics, but also provides an option for playing with the same exact look it had back when Another World first released. It's a neat option, especially since all it takes is a simple button press to switch between both choices. The remastered graphics do a good job of sprucing up the original graphics, but the animations and cut-scenes that had people wowed back in the 90's fail to impress today. This isn't really surprising, but others hoping to relieve that same kind of wow factor might be severely disappointed. 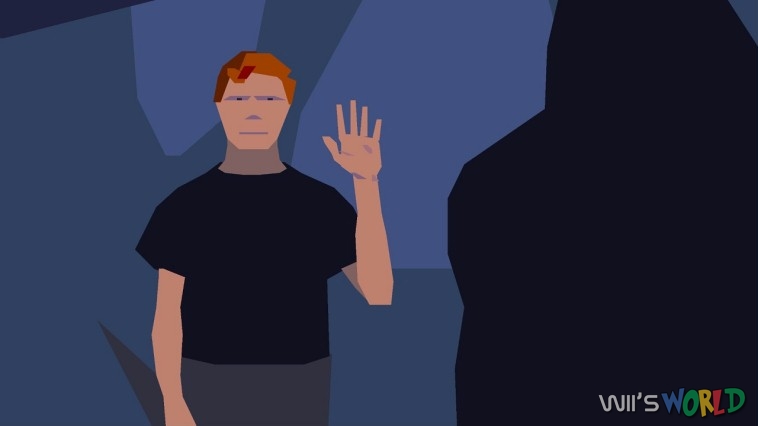 Another World does manage to set up a nice atmosphere not only because of its lack of actual dialog and mysterious locations, but also because of its sound. However, a peculiar thing with the sound is that the remastered sound effects cannot be selected along with any music. If you want to hear the game's soundtrack, you'll have to use the original sound effects instead. An odd design choice, but I don't think this is necessarily a deal breaker. The music does a nice job fitting in with the mysterious nature of the game, but one could argue that no music enhances the mood even more. Still, it would've been nice to have the option of having both remastered sound effects and the music as well.

Another World - 20th Anniversary Edition definitely isn't a game that everyone will enjoy, but players seeking a more challenging side-scrolling game from the 20th century might find themselves a gem by picking this title up if they can get past all of the game's faults. For $8, though, they might not be fully satisfied considering the game's incredibly short length and lack of any real replay value.