A debut worth bragging about

Taking inspiration from several different platformers, Armillo is the debut game of developer Fuzzy Wuzzy Games. Having been in development since 2011, the game has managed to slowly build up a small crowd of interested gamers for quite some time. Was it worth the wait?

Armillo has you playing as (get ready for a shocker) Armillo, an armadillo whose home planet is invaded by the mysterious Darkbots. Being the main protagonist he is, it's up to Armillo and his friends to stop these new foes and bring peace back to their land. It's a pretty basic story, but the plot isn't what makes this title such a great experience. 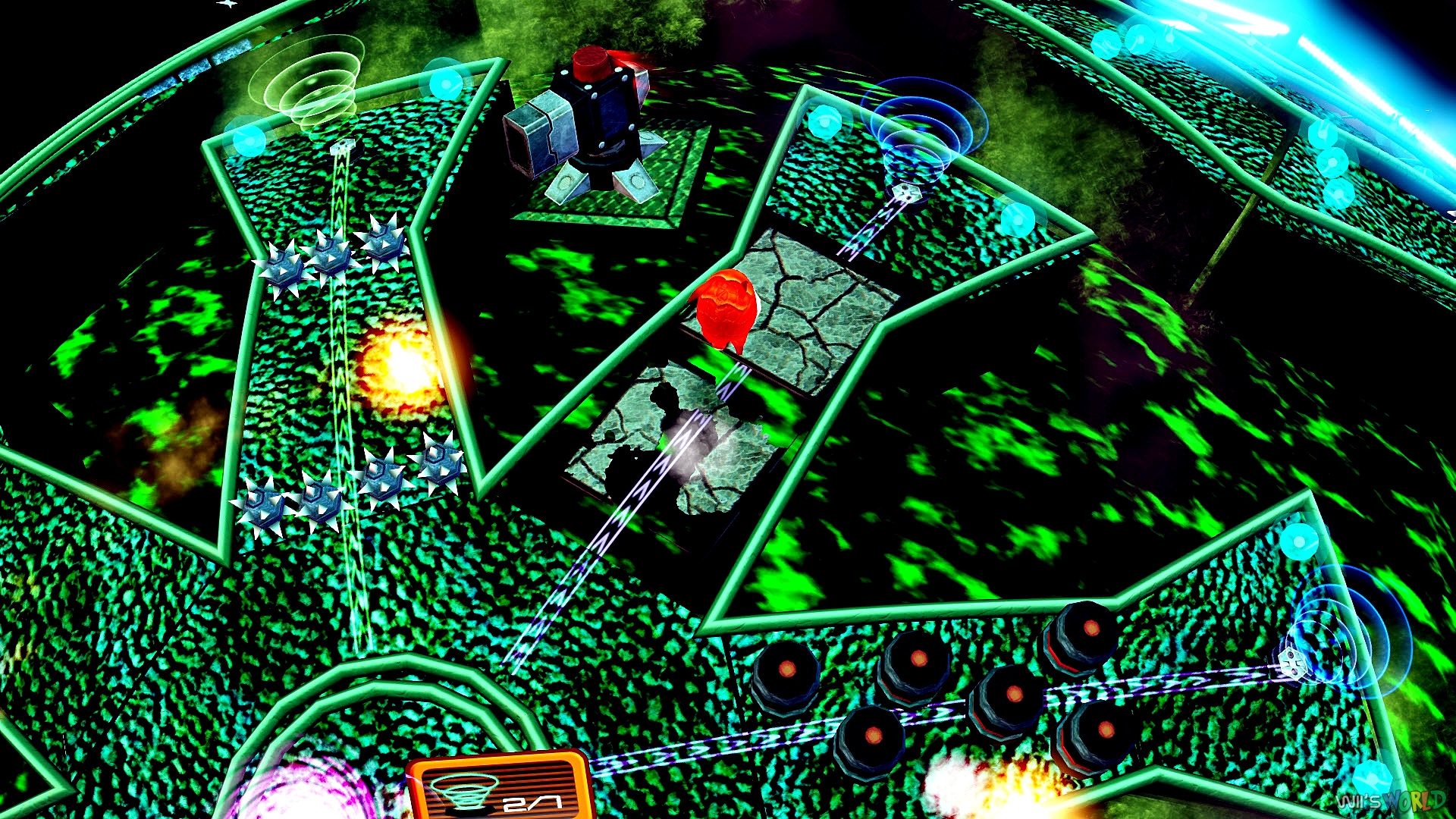 Despite being heavily influenced by the likes of Super Mario Galaxy and Sonic the Hedgehog, Armillo happens to be a very unique platformer. While the levels are all planet-based like Super Mario Galaxy's mostly were, the way they're laid out is vastly different. Imagine the original Pac-Man in 3D, and you can sort of get a vision of how this game's design works. It's largely linear in structure, but the levels are still a blast to play through.

Something that Armillo should definitely be applauded for is variety. There are tons of different obstacles, power-ups, and gimmicks that are introduced as you progress through the game, and it helps Armillo maintain a fresh-feeling vibe all throughout. Some levels have powers ups that make you bigger, some have zero gravity, and one in particular even has you rolling around and eating any food you find just so you can break through a boulder that's in your way. One of the best things about Armillo is that with every new level you unlock, you're excited to see what else the game will bring to the table.

Armillo is the type of game that wants the player to complete as much of it as possible. All of the levels in the game consist of blue orbs that you can collect by rolling into them. If you want more out of these orbs than just a higher completion grade, then fear not, because they can also be used to purchase several different upgrades for Armillo. During the levels, you'll also come across some of Armillo's trapped friends. Freeing them helps to unlock certain worlds. There are also secret levels you can unlock by collecting certain spheres obtained in the alternate dimensions of each world. These secret levels are entirely in 2D and harken back to the good ol' days of the NES and Sega Genesis. Depending on how much of all these things you obtain, your overall completion percentage will rise. This adds a ton of replay value to an already great game. 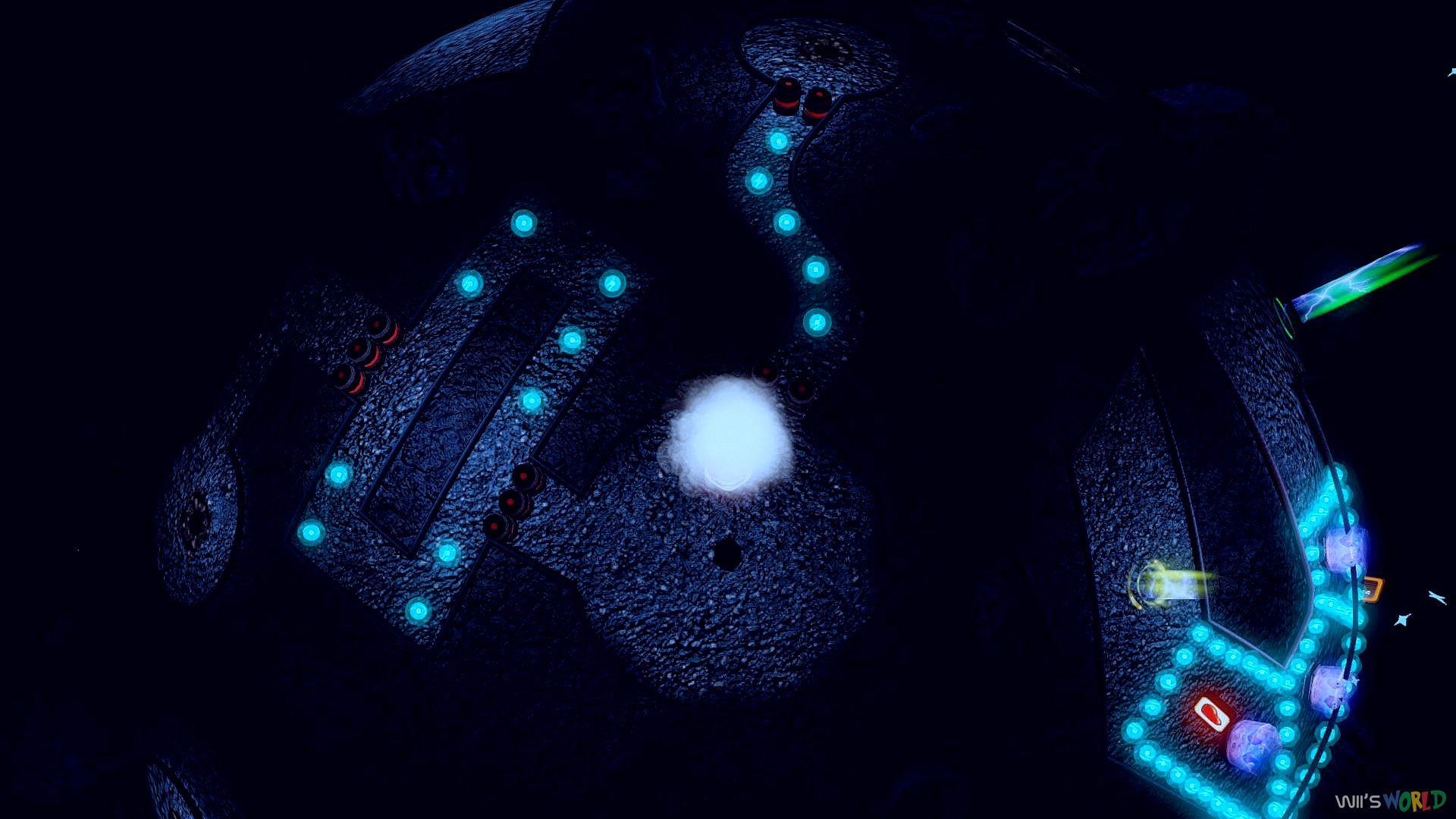 The few issues that Armillo has lay mostly in its presentation. While the soundtrack and sound design are well done, the graphics themselves are less than impressive, and look like they could probably run easily on the original Wii. There is a bit of variety in the aesthetics though, and the colors are nice and vibrant, so the visuals aren't a complete botch.

What really causes the game to falter is the frame rate. It's almost never consistent, and at times it'll even take sudden nosedives in areas you wouldn't expect it to. Perhaps this issue would've been fixed had the game remained in development longer, but as it stands, the frame rate needs some serious working on. Hopefully a patch will come out soon that improves it.

When looking at the gameplay, there aren't many faults I can find. I will say that the boss battles are pathetically easy, though, and that the final boss is very disappointing. There are also moments when, after respawning in a checkpoint, the camera angle will be completely different from how it was positioned when you first reached the checkpoint. While you can move the camera around with the L and R buttons, this still may cause a bit of disorientation for the player.

I'm very glad I got the chance to play Armillo. It controls great, sounds great, and is a ton of fun to play. Even with a few issues in both presentation and gameplay, this is still a game that I would definitely recommend to any platformer fan out there.