Being bad never felt so good

Okay, I can't avoid the pun, so let me just get it out of the way: this game is a blast! Okay, that was bad, I apologize. Let's get on with the review!

In Bombing Bastards, you play as a robot constructed by Dr. Wallow as a tool to eliminate the indigenous lifeforms from each of five planets he wishes to conquer. There are two game modes available to choose from: the single player campaign, and battle mode. In the single player campaign, there are five progressively more difficult levels per world, and each set of levels culminates in a boss stage. Battle mode allows up to five players (you can even play this mode single player!) to compete with one another, as well as optional AI units. 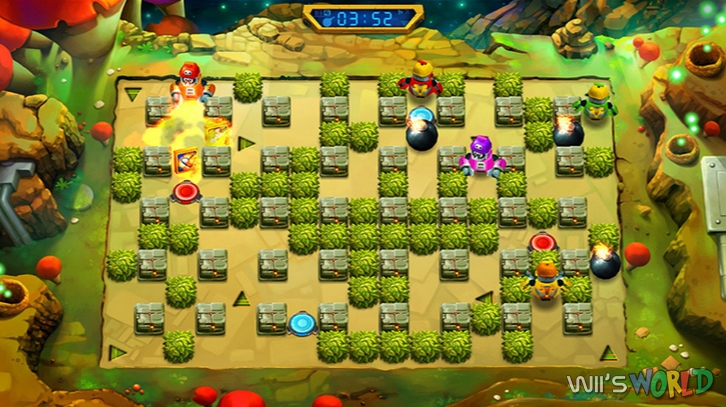 Gameplay itself is simple, with the formula taken straight from Hudson's Bomberman franchise: plant a bomb, blow up soft blocks, and grab power-ups, all in order to catch your opponents in a blast. Just like in Bomberman, there is also the risk of trapping and bombing yourself, which, you know, blows (I'm sorry).

Now, this is a game that requires skill, because one wrong move results in reaching the end of the line. Each of the levels adds a new type of enemy, or a terrain hazard, making the game even more difficult to complete. Fortunately, if you lose multiple times against the bosses, then the game will allow you to skip them until you improve your skills.

Just like Bomberman, this is a blast to play with friends, and is compatible with every type of controller available on the Wii U. What really makes it shine is the fact the game is just as fun to play alone as it is to play with friends. When you complete a level, the game rates you from one to three stars, depending on how long it took you to beat the level. This little feature alone bumps up the lifespan of the game by a long shot, as you play and replay levels to ace the game. 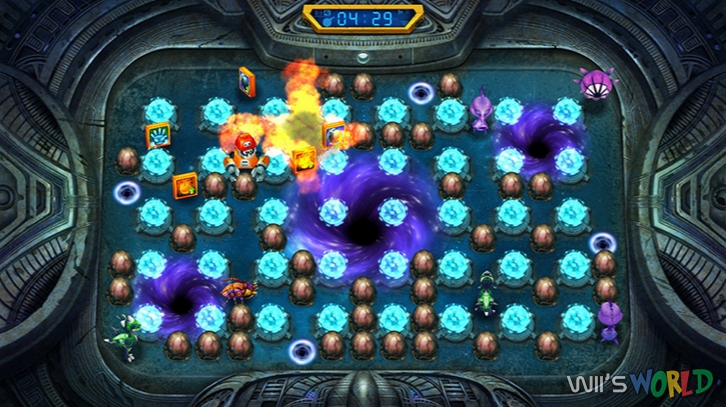 The graphics of Bombing Bastards are fantastic, too. The cartoon-y design of the game allows for bright, vivid colors to be used, lending to the vibrant atmospheres in each world.

My favorite thing about this game, though, is the music. Each and every one of the tracks used are 19th century orchestral movements, remade electronically by Samuel Safa (www.samuelsafa.com, if you're interested in hearing his other works), and are instantly recognizable. The musical works are very well done, and each song is appropriate for each level. That said, the music can get repetitive, especially if you die a lot in the campaign, like me.

All in all, Bombing Bastards is, well, the bomb (I'll stop now).