Published by Neko, Developed by Neko

Kung Fu Rabbit is a new platformer on the Wii U eShop, published by Neko Entertainment, the French team who also brought us other gems like Puddle. Originally a game for mobiles and tablets, Kung Fu Rabbit reached a good level of popularity on those devices - has the port onto console fared well?

The main draw of Kung Fu Rabbit is a technique known as 'wall jumping', most famously seen in the old Flash game Meat Boy, and its successor Super Meat Boy, which sadly never made it onto Wii. Wall jumping means your character has the ability to cling to walls and platforms, making further jumps possible. Mario can do it too these days. 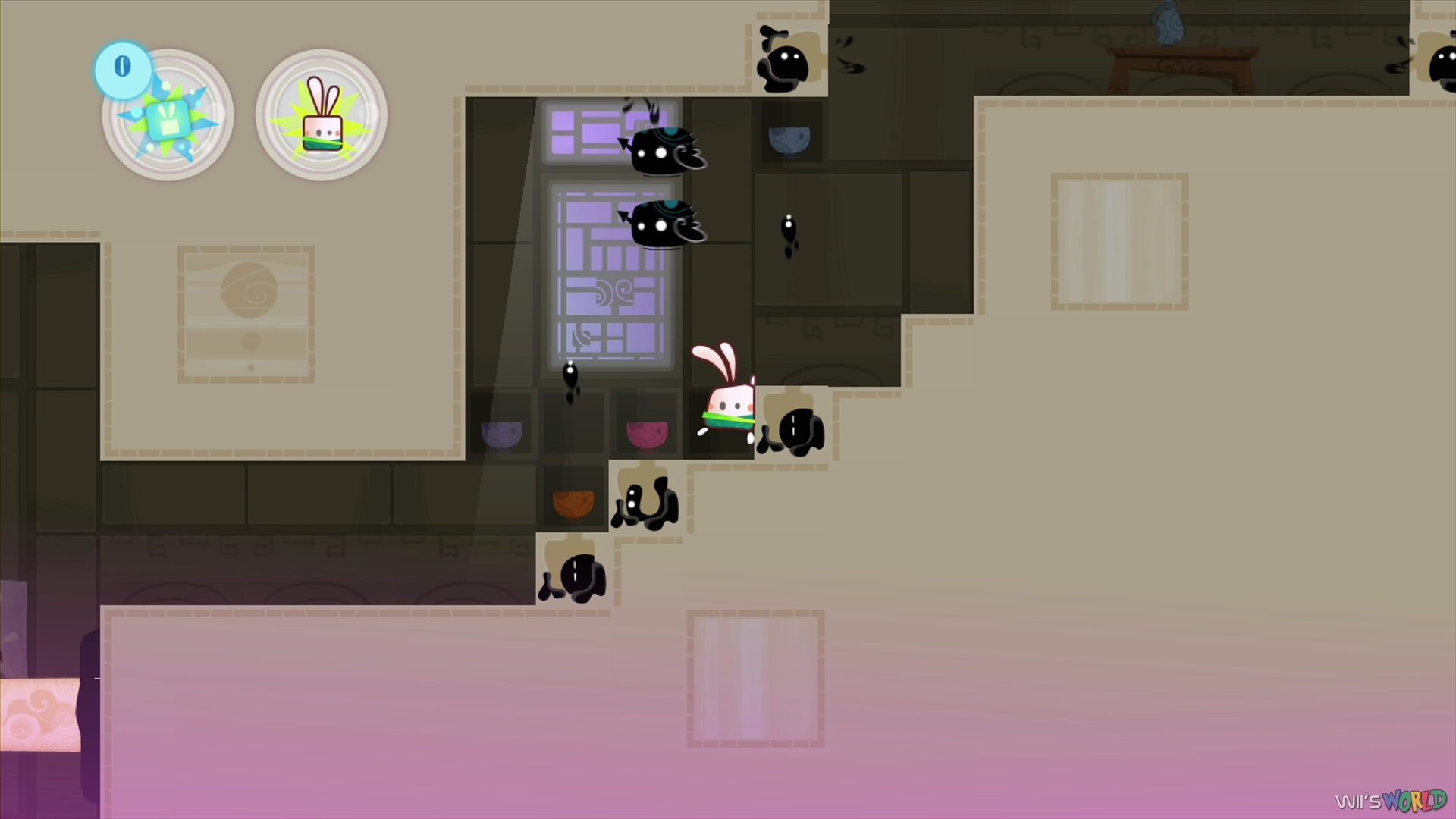 Kung Fu Rabbit wastes no time with fancy introductions, players are taken straight to the level select screen. At a few points during the game, a lazy attempt at a storyline is made using nonsensical comic strips, but in general the action is the main focus.

Good controls are intrinsic to making a game like this work, and our titular rabbit handles pretty well. He floats a little more and carries less inertia than Meat Boy, but you have to give a nod to the developers and say they've done a decent job in this regard. On his travels, rabbit comes across a few different types of enemy, many of them with a weak point to attack. The collision detection on these is more hit-and-miss. By default, rabbit is a slow, plodding mover, but getting the carrot juice item equipped soon remedies this problem.

The environments in Kung Fu Rabbit are bright and well detailed. Some aspects of the backgrounds can cause confusion - at first, I kept mistaking the bright dojo windows for platforms when moving at speed, leading to a number of deaths. This issue went away with practice, though. Impressive as the scenes are, you can expect to see the same dojo, grassland and underground cave over and over again. The variety on offer isn't great. The sprites for our rabbit hero and his enemies are kept simple. All enemies and traps consist of some black oily substance, and again these are reused a little too much. 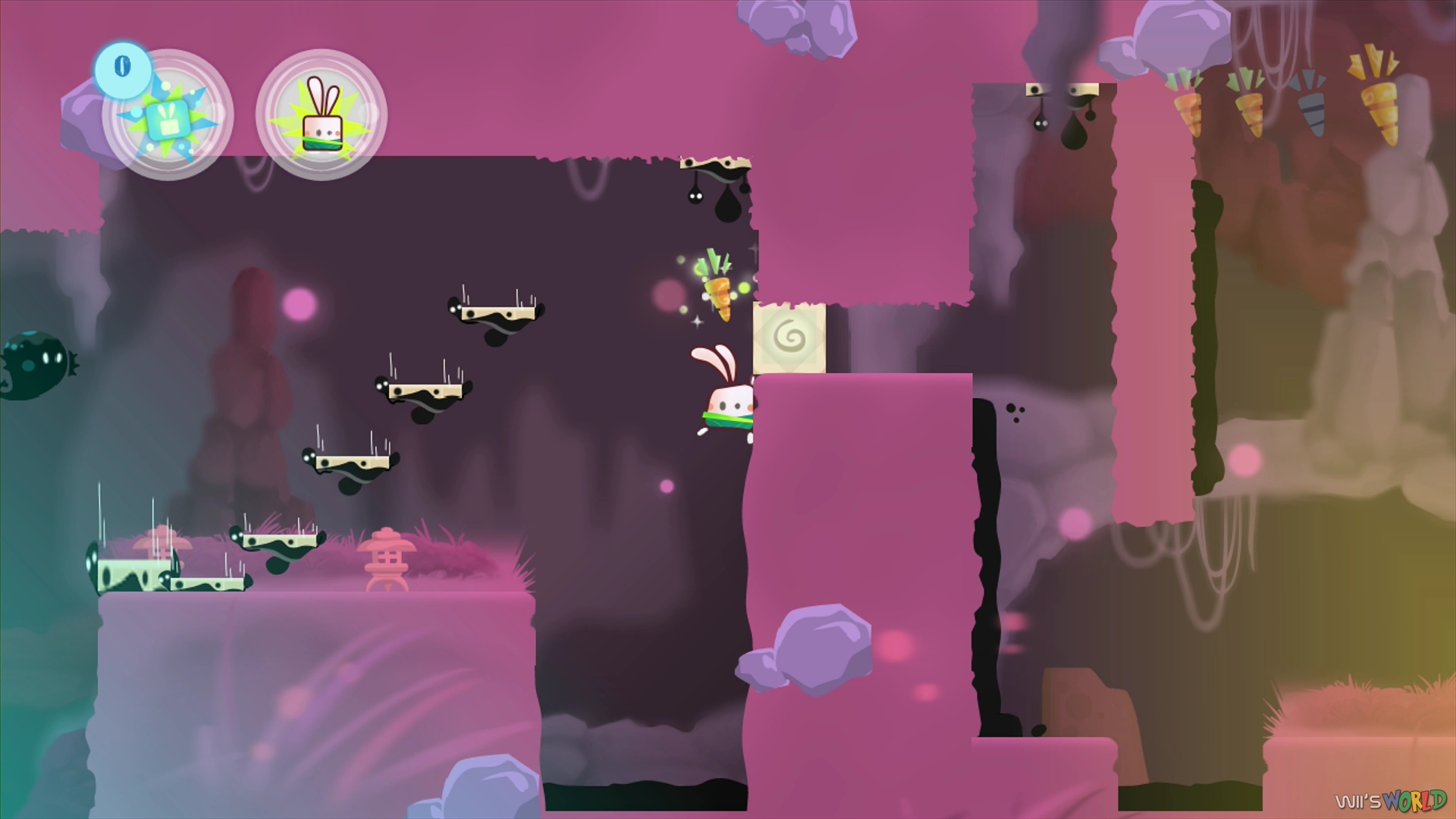 By my reckoning, Kung Fu Rabbit has 160 levels to get through - although the second 80 are just harder versions of the first 80. In regular levels, rabbit has three carrots to collect. There is also a secret carrot to find, for a 'perfect' badge on that level - these are invariably hidden behind a fake wall, so exploration is rewarded (to a point!). Carrots can be exchanged in the game's virtual shop for items to help you during gameplay, and sexy rabbit outfits.

Outside of the regular levels, there are also 'bonus caves' - these areas don't have any carrots to collect and you just have to reach the goal at the end. These bonus caves were my favorite part of the game, in particular the hardcore cave which offered a sterner challenge towards the end.

Kung Fu Rabbit's audio is quite a sparse affair. The main tune is a nice oriental sounding number, befitting the kung fu theme and dojo setting. Other than that, aside from a few blips and blops there isn't much to mention. Around half way through the game a spitting enemy is introduced and the constant hocking noise might grate on some people. 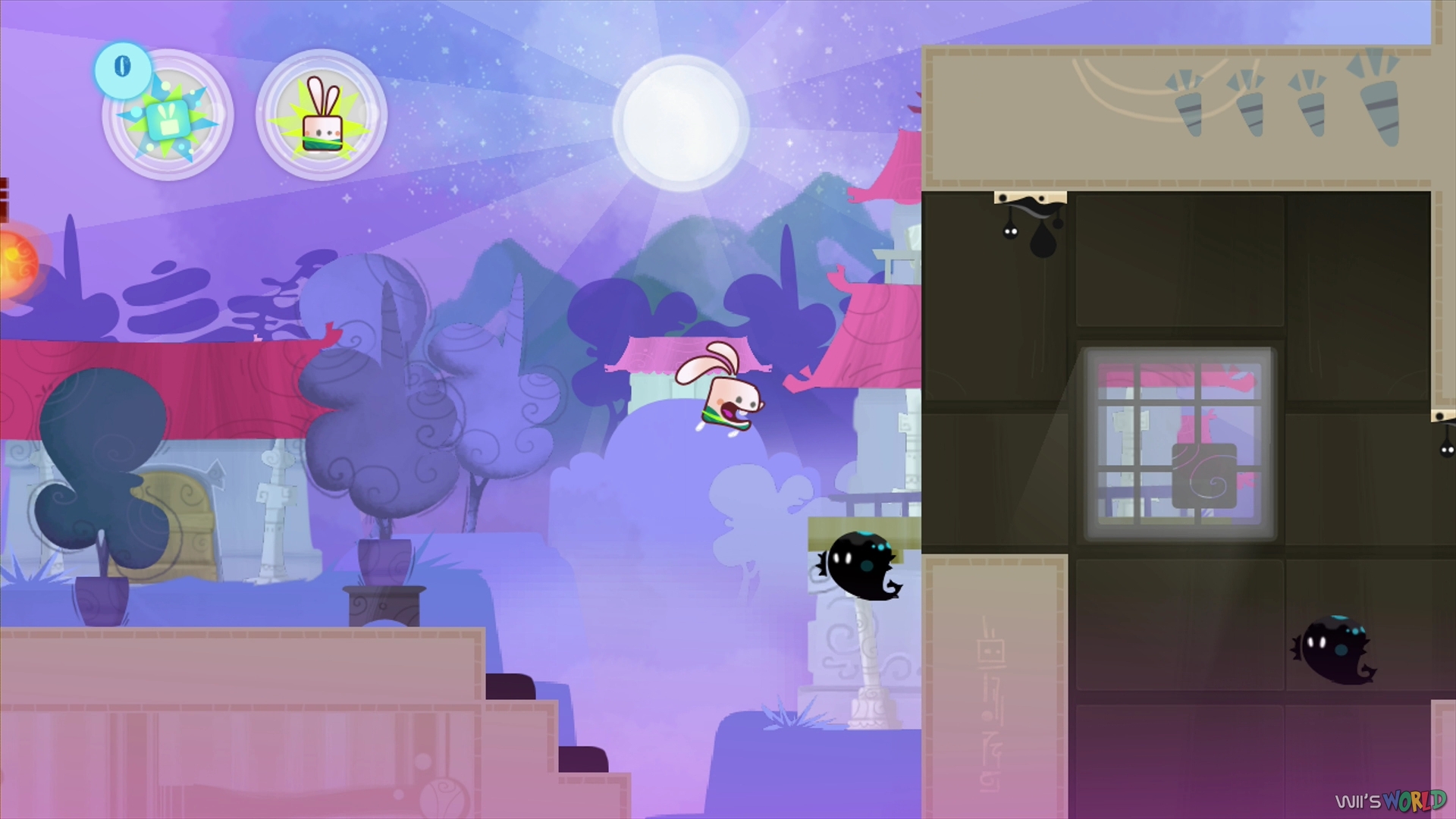 I managed to get just under 11 hours of gameplay out of Kung Fu Rabbit, but that's everything completed 100%. If you take a less meticulous approach and aren't bothered about the secret carrots or bonus levels, you're probably looking at 3-4 hours.

In summary, Kung Fu Rabbit is no Meat Boy, but to my knowledge it's the closest you can get to that on a Nintendo platform. It's definitely a fun game while it lasts, but the generic characters and somewhat paint-by-numbers level design mean we probably won't be talking about this one in a year's time with a warm fuzzy feeling in our guts.