Published by Neko, Developed by Neko

Motion in the small ocean.

Puddle is among the first batch of games to hit the Wii U eShop over here in Europe. Originally a multi-platform game published by Konami, our version has been self-published by Neko Entertainment.

This is what you would describe as a physics game, where your general aim is to guide a small stream of liquid to the end of each level. You do this by utilizing ramps and the mighty force of gravity to guide your pool away from the many hazards that are strewn around. 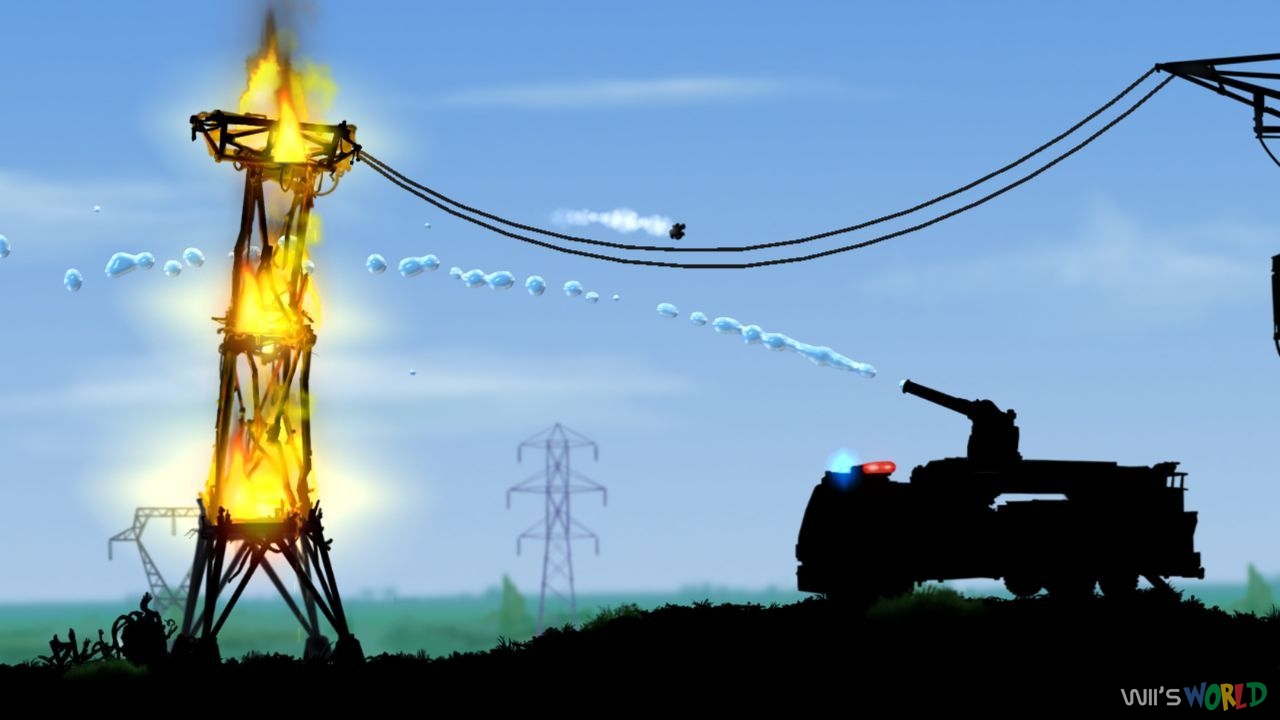 My first hour with Puddle was a disappointing one. By default the game uses the Wii U GamePad's motion controls to tilt the scene left and right. This is a good idea in theory, but the execution here feels woolly and imprecise - nowhere near the tightness of other water-based games such as Fluidity: Spin Cycle on 3DS for example. Flicking through the settings, I discovered an option to use the left thumbstick instead. This proved to be a much more satisfying method of control and from there on my Puddle experience became enjoyable.

Readers with limited TV allowance will be pleased to know Puddle can be played using the GamePad's screen alone, without need for a television. That's as far as the GamePad-specific features go.

You might think that funneling water around would get stale pretty quickly, but Puddle brings with it an impressive variety of environments and gameplay situations. During play you can expect journeys through a foundry, design schematics, forest undergrowth and even the human body. The liquid itself changes its guise as well, with water, liquid nitrogen and molten lava showing up, among many others. Some levels stray from the liquid formula completely and have you controlling other things, like a space probe landing on a barren planet. The game has to be commended for continually mixing things up and not repeating itself. There's not much storyline to speak of, but the various scenarios are interconnected with brief cut-scenes involving machinery and such. 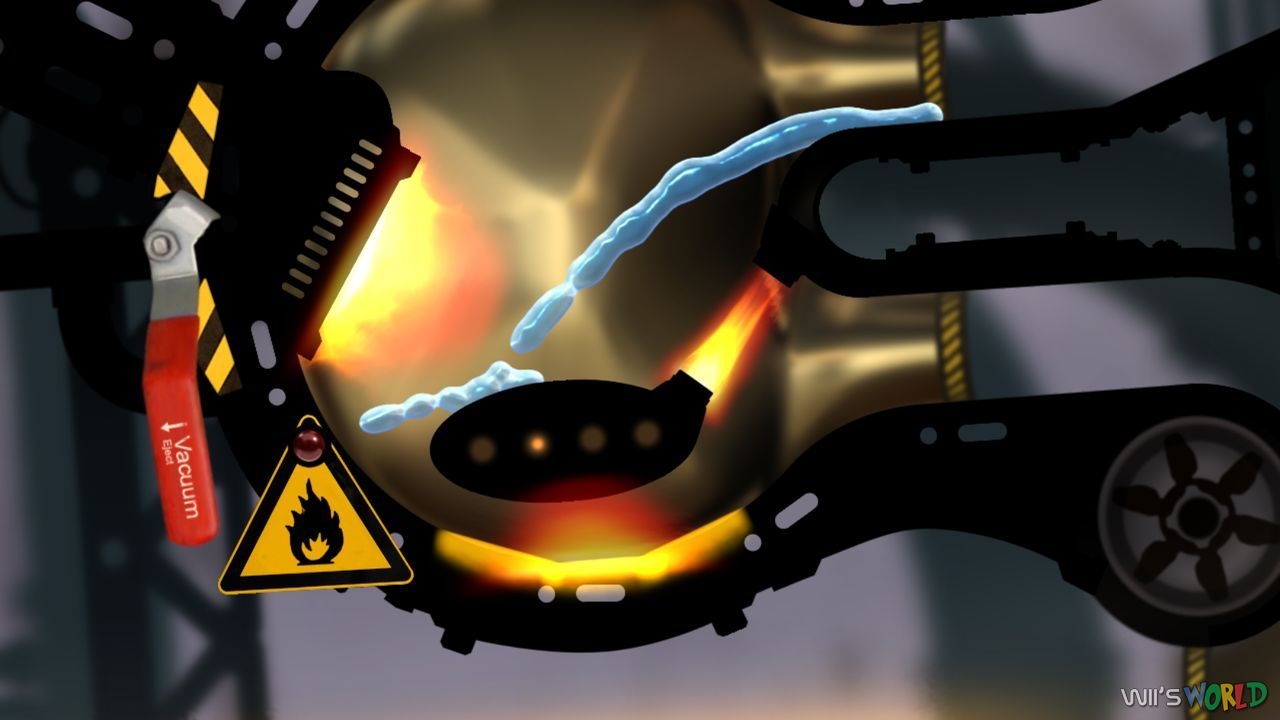 The visuals in Puddle are particularly well done. The substance of most levels is built in silhouette, with hazards and other important features highlighted brilliantly. Backgrounds add just the right amount of color, without being overpowering or getting in the way of gameplay. All this is wrapped in a well designed interface that's easy to use, menus are slick looking and quick to load.

Most of the in-game environments are a little on the unfriendly side, and the music is suitably ominous. There's nothing here you'll remember after the console is powered down, but the soundtrack serves the game well in building an atmosphere. Sound effects also work to this end, with gusts of wind howling in the background of many levels, giving an unsafe vibe. Other sounds are done well, in particular the dreaded noises when your liquid is quenched out of existence. 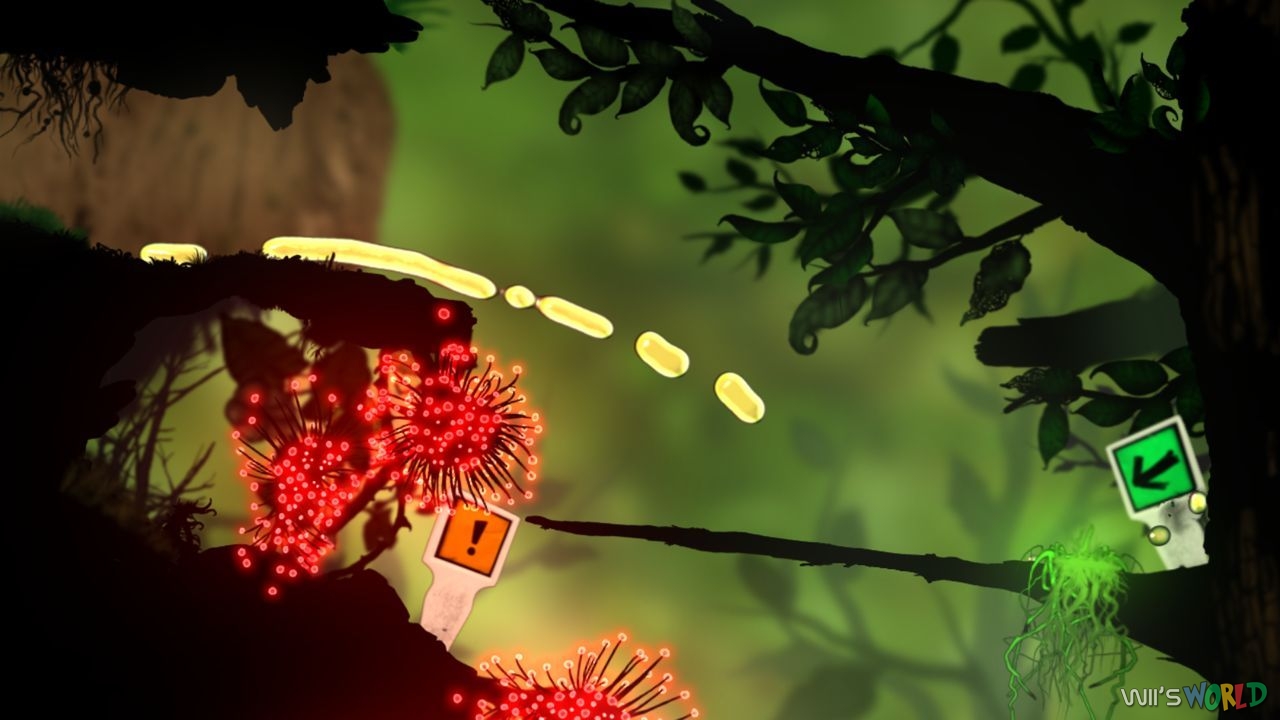 In terms of difficulty, the developers have got the curve just about right. Trial and error does play a part, but the areas are short enough that it doesn't become frustrating. The game also offers four "whines", so if a level is being a particular bugbear you can use a whine to skip it. These can be used anywhere except for the last level.

After finishing a level, the game judges your performance and awards a gold, silver, copper or just a plain pass - depending on the amount of time taken and amount of liquid lost. Puddle is kind to completionists and all areas can be revisited to try again for the gold ranks. Ultra-competitive players can also duke it out on the online leaderboards. An 'achievements' style system is in place too, with 23 varied challenges to complete. For the price of asking, Puddle packs in a decent amount of features to prolong its lifespan and to reward committed players.

My Wii U's daily log says I've spent around five hours in finishing the game. That might seem a little short, but it's worth repeating that those hours packed in a lot of variety and different play mechanics. All in all Puddle is a pleasant experience, although probably not one which will live long in the memory.