A strange but fun adventure

Swords & Soldiers HD is a side-scrolling real-time strategy game in the vein of a Saturday morning cartoon. It offers a mixed bag of fun and camp rolled all into one and makes sure not to take itself too seriously. Three factions are playable: Vikings, Aztecs, and Imperial Chinese. The campaign mode offers ten levels per faction.

My initial impression of this game is that it is addictively cheesy. As noted above, the gameplay is very reminiscent of a Saturday morning cartoon. The dialog is sophomoric and the plot is paper thin at best. The cartoony graphics combined with an over-the-top effort at humor may turn some away from this title. However, that seems to be the intent of the game and it excels at what it sets out to do: being an addictive time waster that is strangely entertaining. It can be enjoyed by anyone of any age, but the target audience seems to be younger kids. 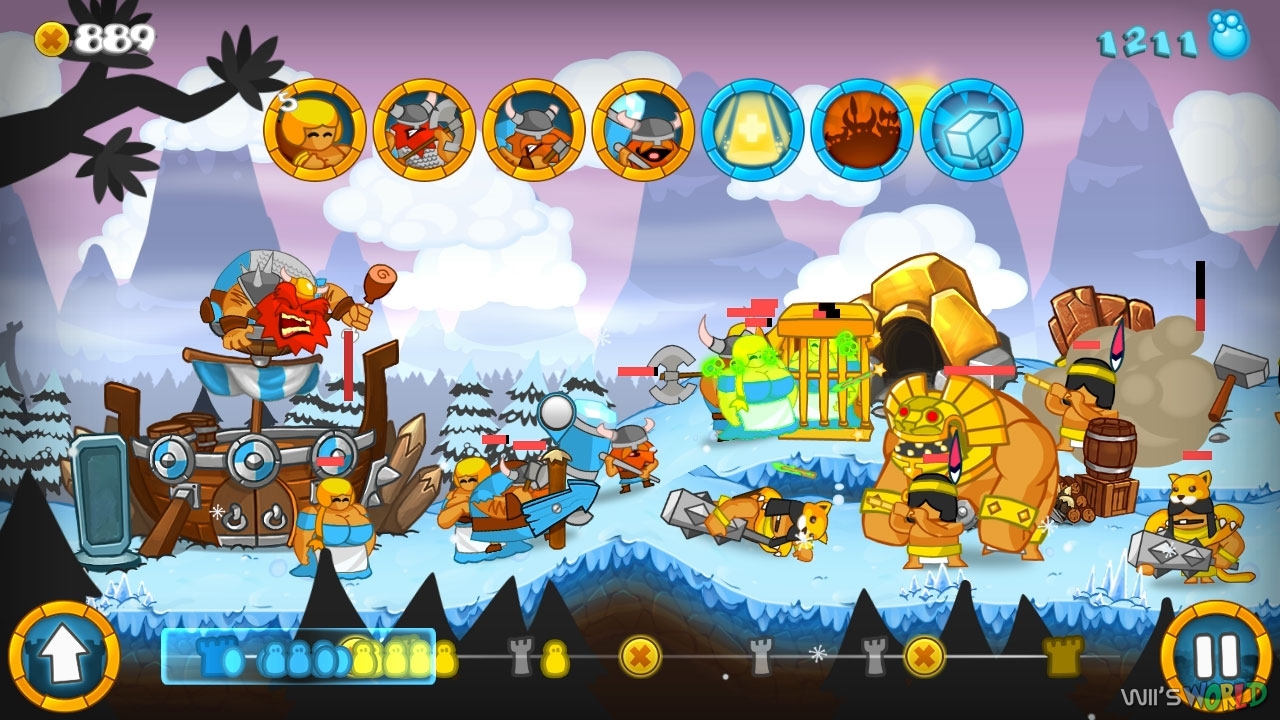 This is one of the few games available on the Wii U that solely utilizes the touchscreen on the GamePad. One of the biggest complaints levied against the Wii U is that the GamePad is not utilized as much as it should be, since it is the cornerstone of the system; however Swords & Soldiers is controlled exclusively by the GamePad for single-player missions, which is refreshing. In this sense, it plays similarly to DS games.

The gameplay is simple. The player starts out with a little bit of gold which is used to buy women who mine gold to build resources. Like all RTS games, resources are the backbone of Swords & Soldiers. Managing gold and manna efficiently is key to winning battles against the computer or rival.

As the campaign unfolds, more soldier and magic options become available, adding a bit more depth to the game as it progresses. The single-player campaign is overall not very difficult. Some strategy is required, though, such as which path is the best to send the troops, which troops to buy, and where to place defensive towers. 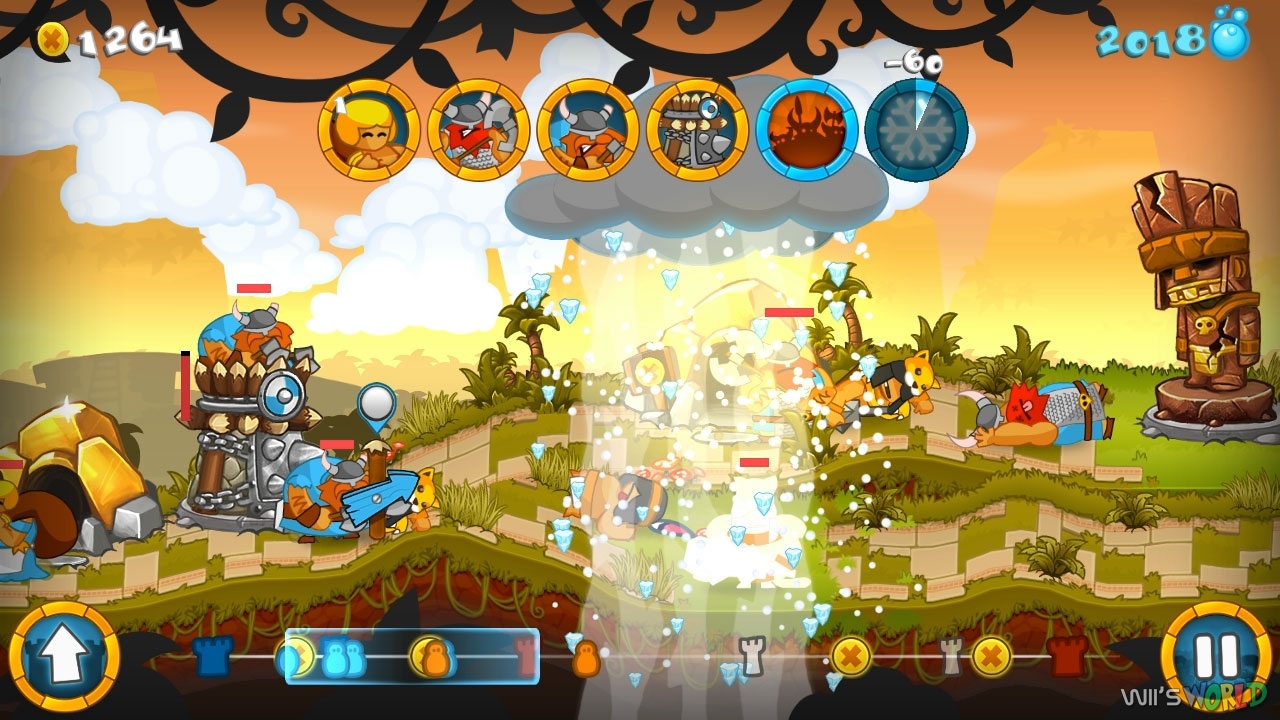 Multiplayer is where the game truly shines. Each player manages his or her own resources to try to best the opponent. Each faction's unlockable soldiers and magic are already available when playing against another person, and depending on your opponent's skill level, it can be quite challenging. Player 1 utilizes the GamePad, and Player 2 points and clicks with a Wii Remote.

Swords & Soldiers HD is not for everyone. It is probably safe to say that children will enjoy this title the most, but that is not to say that parents cannot have fun playing with their kids. It is a simple and easy-to-learn video game with a story to match its cartoon graphics. Swords & Soldiers offers crazy fun, especially in multiplayer when yours and another person's forces continually push at each other until one overcomes the other.