Published by Over the Moon, Developed by -

It's strange how quickly the concept of crowdfunding has integrated itself into video game culture. What was originally a novel experiment soon became an instrumental part of the Indie game movement, leading to both critical successes as well as controversial failures. Even former pioneers of game development have used the support of kickstarters to fund their new game projects, the most famous example being Keiji Inafune and his upcoming Mega Man successor, Mighty No. 9.

The Fall, a multi-episode project by developer Over the Moon, is another creation resulting from crowdfunding. The first episode tells the story of Josephs, an astronaut who unexpectedly crash-lands inside a seemingly-abandoned facility on an unknown planet. Injured and unresponsive, his suit's AI, named ARID, takes over the functions of the unconscious pilot in hopes of finding medical assistance, and serves as the driving narrative force of the game. In typical sci-fi horror fashion, ARID soon learns that the facility may be devoid of human life (but not human bodies), but is filled with deadly robots and enigmatic computer AIs roaming around the dark hallways. It is ARID's prime directive to find a way to save Josephs' life, which will require uncovering the dark secrets behind the facility. 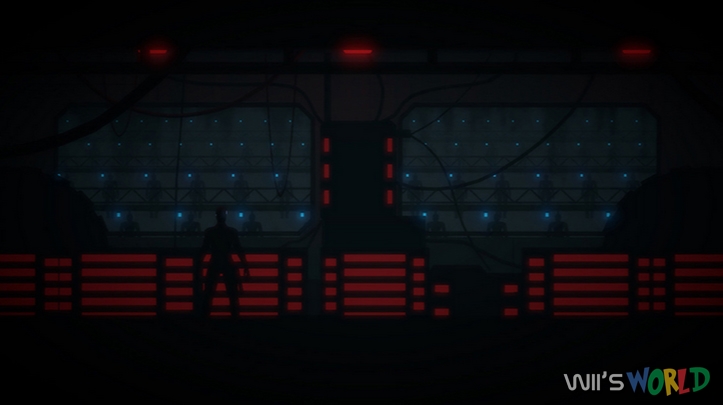 The concept of controlling an AI that is also controlling the body of an unconscious human serves a unique purpose in both the story and gameplay.

ARID's logically driven determination results in several surprising story beats that question the ethics of AI thought processes, while the gameplay takes a creative spin on the typical unlocking of character abilities; in order to gain access to the suit's restricted features, ARID must place the pilot's life at risk until it is given authorization to utilize them. Further examples would only ruin the story, but the writing and voice work is of an exceptional quality further enhanced by the gloomy atmosphere.

Featuring near-pitch-black aesthetics similar to the 2D hit Limbo, The Fall oozes atmosphere with its dilapidated architecture and killer robots. The abandoned facility is a maze of locked doors and partially-working computer terminals that must be navigated carefully in order to access further areas. The visuals are also minimalistic yet functional, though the frame rate can hitch up occasionally while navigating between areas. In addition, there have also been situations that have locked up the Wii U, requiring manual unplugging of the console. One could probably make a meta joke about the consequences of faulty technology, but it is unlikely that this was an intended feature of the game. 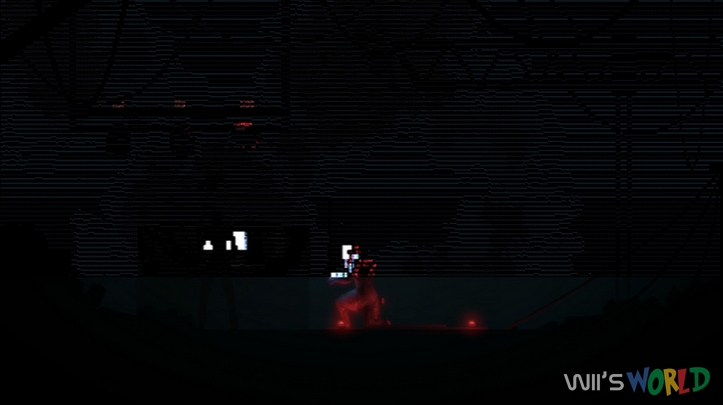 Gameplay consists of the tried-and-true concept of collecting items and mixing them with other items in order to make something happen, as is common with Adventure games. In addition to a bottomless inventory, ARID can also wield a pistol which can switch between flashlight and firing mode, similar to Doom 3. Combat does not happen often enough that this becomes a hindrance, but when faced by aggressive enemies the game adopts a cover-based 2D shooter mechanic. Everything controls as it should, even if using the right analog stick to aim and the right shoulder button to interact may feel a little odd considering the size of the Wii U GamePad. Similarly, the GamePad screen serves no other purpose beyond acting as a second screen that cannot be turned off, which can also prove somewhat distracting in a dark room (should you be the type of player who likes to keep their surroundings synonymous with the game's atmosphere).

In the end, The Fall is a well-written (and acted) sci-fi story with a great presentation and enough intrigue that may keep many players impatiently awaiting the next chapter. Regardless of which platform they play it on, fans of atmospheric sci-fi horror owe it to themselves to check out this title.

I'm intrigued. I really like the premise of The Fall, but games that are set 'in the dark' sometimes irritate me (like Doom 3). Hope it comes to Europe!