Can you handle it?

Are you a bad enough dude to beat Contra Rebirth? Probably not, but if you have ten dollars plus tax, a warrior's spirit, and a Nintendo Wii, you may have what it takes to try. If you like challenging games like Mega Man, Ninja Gaiden, and Bubble Bobble, you will love the fast-paced, over-the-top, chest-beating, explosion-fest of awesome that Contra Rebirth is.

Some of the action is broken up by small cut-scenes, but other than that, it's all kill and no frill. If being a time-traveling super-soldier who dual-wields unlimited-ammunition-equipped guns in the name of bravery to defend the Earth from evil alien dictators named after random animals doesn't appeal to you, then yeah, don't even finish reading this. 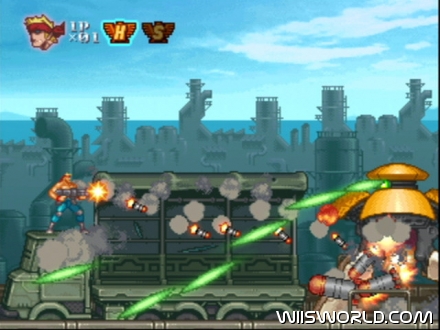 Contra is to video games as Rambo and Terminator are to movies! It's 150% action. You simply pick a character (two of which are unlockable from the beginning of the game) and run around shooting and jumping through through hordes of deadly aliens and robots and tons of explosions. You will die often, even if you're an old-school hero from days of yore. Honestly, the gameplay is intense, and you will be begging for a break after just beating the first stage (there are only five or six stages, depending on difficulty). If some "hardcore" XBox360/PS3 friend of yours starts making fun of your Wii and its supposedly "casual" library, then let him/her play this game and then get out a camera so you show the noob just what "hardcore" actually means. This game is best played with two players. Yes, there's a two player co-op mode, and it wouldn't be a true Contra game without it. 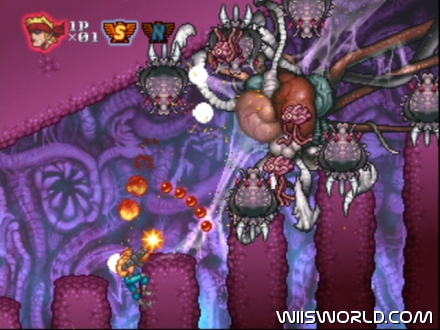 I give it a 9 for the average gamer, because he/she probably won't beat it for a long time. I'd say a 4 out of 10 for Contra veterans, because this one isn't that hard (you may only have to continue twenty times) in comparison to games like Contra 3: The Alien Wars. There is no Konami code, so you'll actually have to master this game. I honestly would have preferred to have three or four extra stages and a save mode for the additional cost of five dollars, but then the world doesn't revolve around me. The game is still worth the ten dollar investment, for sure.

The graphics on Contra Rebirth lack a sharp resolution, and they appear pixelated like a Super Nintendo game. They're not perfect, and you may like them for their 16-bit style, but they could stand to be a little sharper. You may disagree. Either way, the actions occurring in the stages make up for this. There are hordes of enemies and explosions for eye candy, and the general atmosphere provided by the huge, level-altering enemies and bosses more than make up for the lack of detail. 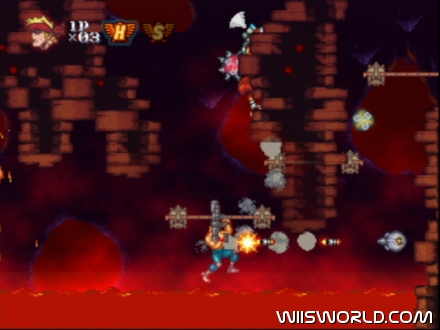 The music in this game is great. Many of the tunes are just rearranged from older Contra games, and the new ones don't hurt either. The tunes are intense and hard-rockin', which enhance the gameplay. The sound isn't as atmospheric and fitting as it is in Contra 3, but it's close enough.

This game is only ten dollars and it has "Contra" in the title, which makes me wonder why I even have to review it. Well, for one reason: If you don't like difficult games, and you think ten dollars is too hard to come by, then save it for gas money. Otherwise, you should download this game now. It isn't perfect, but with Contra Rebirth, you're the one who has to live to a set of standards, not the game.

I've got Contra 4 for the DS and it's both awesome and reminds me of the original NES Contra so naturally of course I'm going to get this.