Pirates: The Key of Dreams

Should you sail right in or simply shout ARGH!

Something just struck me. I just realized every game I've reviewed so far have all been games I liked. As fun as it is to love a game, that doesn't mean there aren't games that fall flat in quality, and since I'm currently very frustrated due to being unable to progress further in Metroid Prime 3, and failing to get any of my Thief Trilogy games to get to work on my computer, you could say I'm fairly mad right now. So what better way to take out my frustration, than by finally taking the opportunity to review a game I DIDN'T like! 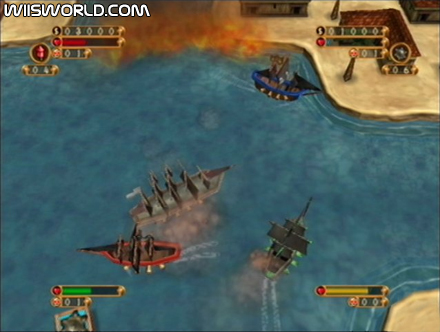 I wasn't expecting Key of Dreams to completely revolutionize gaming as we know it, but I was expecting a bit of decent variety out of it. The main objective to the game is simple move around destroying other ships in your path and move to the objective. The controls handle a bit stiff however there isn't much to them so getting the hang of it won't be that bad. While there are a few weapons, there are no permanent upgrades for your ship, and all the weapons feel the same and don't really change much. Sure you'll find firing a giant rocket into a ship enjoyable for the first few seconds, but once you've gotten past that you'll notice all you're doing is driving around killing enemy after enemy. Not in the mindless, fast paced, shooty fun way like Super C, but in the boring repetitious way. It gets ridiculously boring, ridiculously fast. I've never been one to mind a slight bit of repetition in a game, otherwise I wouldn't have liked No More Heroes or Luigi's Mansion, however it's worth noting both those games were NOWHERE NEAR as repetitious as this game, and had very funny, original storylines. Key of Dreams has a cliche ridden pirate tale that is unbelievably boring to read about (and I like reading about history and pirate tales).

The graphics are actually fairly competent. Not exactly brilliant, but what you'd expect from a downloadable game. The environments are fairly well varied, it takes a while till you see any new or interesting environments but when they do change you notice the transition. However the enemies aren't very well varied and most of the ships look the same with several arbitrary alterations. Overall the graphics aren't brilliant but they aren't bad either and were probably the best thing this game had going for it. 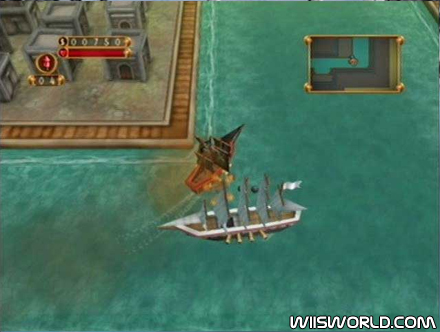 There isn't really that much to say about the sound, partially because there's so little of it. The menu and cut-scene songs are descent but nothing special. However what really annoys me is the fact that, whenever you're navigating your ship and fighting enemy pirates, there is NO MUSIC at all! If there is any part of the game, where they should have included music it should have been during the actual gameplay. Sure there are some nice, relaxing, and authentic sounding ocean noises to listen to when sailing, however I don't want to here soothing ocean noises when bombarding ships Pirates of the Caribbean style, I want to here an adventurous, pulse pounding, musical score. 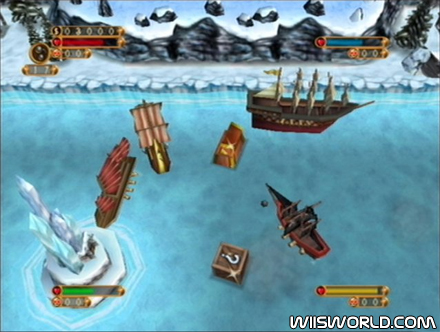 If a game can give me brilliantly well varied gameplay, I can excuse a short life span. Unfortunately this isn't that sort of game so I can't. Simply put the whole thing was pretty short, ridiculously easy, and lacking any real reason to replay through, you won't spend much time playing this and it certainly won't let you have enough fun to fill that 10 dollar hole in your wallet.

Pirates: The Key of Dreams may not be the worst game on WiiWare, however it's still a total waste of your money. It's repetitive, lacking in content, has some stiff controls, and a dull story. The majority of it can best be described as competent, but boring. I say skip it.