The Legend of Dark Witch

Published by CIRCLE, Developed by Inside System

The Legend of Dark Witch review

Falls short of being mega memorable

There has been a deep void left in the 2D Action/Platformer genre since Capcom kicked Mega Man to the curb, but more and more Indie developers have been paying homage to the Blue Bomber with their own digital releases using the classic running and shooting mechanic. There is also the highly-anticipated Mighty No. 9, the crowd funded successor to Mega Man under the guidance of his original creator, Keiji Inafune.

The Legend of Dark Witch is one of those games to recently pay homage; one look at the game and it's apparent enough that it has taken Mega Man as its primary inspiration in regards to its gameplay mechanics, while its Anime-centric character designs seem directly lifted from the Tohou series of games. The story of Dark Witch involves the disappearance of Syega crystals, an invaluable resource to the world. As the Dark Witch Zizou, players are tasked with finding out the cause of the world's Syega shortage, which involves visiting various locations to confront various persons of interest who may or may not know about the mysterious drought of crystals... but none are willing to share their information without a battle. 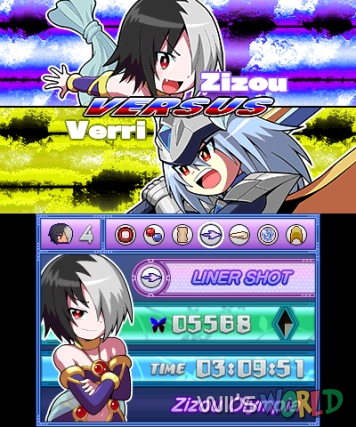 The story barely rises above the initial premise, serving as a framing device for showing off different areas and Anime character designs. Few of the characters in Dark Witch are actual villains, but all are short-tempered enough to pick a fight with Zizou. Each of these rivals serve as the boss of their own respective stages, which players can tackle in any order. In yet another clear lift from the Mega Man games, defeating a boss will also yield their special ability, which adds to Zizou's arsenal. Unsurprisingly, each boss also shares a weakness with certain abilities, taking a cue from Mega Man's rock-paper-scissors mechanic in regards to bosses.

One notable addition takes its cue from Gradius; for every defeated enemy, a small amount of Tres is released. Collect enough Tres and Zizou can power up a list of passive abilities, such as increased speed, more powerful shots, a glide jump, etc. These abilities offer a much-needed boost in battle, but losing a life means losing all of these temporary upgrades. This can prove particularly annoying during failed boss battles, since the game immediately checkpoints players to the start of the fight. Worse yet, there are no health power-ups of any kind, which means that players must attempt to make a flawless beeline through each stage to have the best shot of taking down a boss.

From the outset, the enemies in Dark Witch don't appear too difficult; there is a variety of bizarre foes, many which share similar attack patterns to classic Mega Man baddies, but they are simple enough for new players to work around. Rather, it is the placement of these enemies in areas that adds to the game's difficulty, which eschews toward frustrating more often than not; there are several bottomless pits that require jumping across, with an enemy conveniently positioned to knock you off with a single hit. There is also strength in numbers, where different foes attacking from different directions can also prove meddlesome, which once again proves irritating for players trying to keep track of their upgrades up to the boss. On the upside, the game does also feature permanent upgrades that can be purchased with Tres points in the stage select screen. These upgrades include more health, more powerful shots, extra lives, and so on. 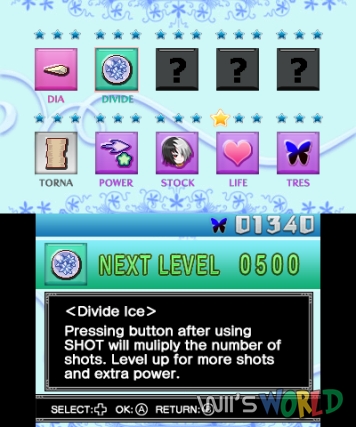 From a presentation standpoint, the game features sprite work that is serviceable, though the same could not be said of its level designs; each level is mostly straightforward while featuring the occasional alternate path, but these paths tend to lead to the same location and usually offer no incentive to take them; most of the time it's a simple matter between going up or down, though there are a few secret crystals that offer a healthy sum of points for upgrading Zizou's stats.

In conclusion, The Legend of Dark Witch is a serviceable Mega Man clone that falls short of being memorable. Regardless, the price is cheap and the game offers a few incentives for replayability, including an additional character. If nothing else, the game serves as a cheap distraction to help pass the time until Mighty No. 9 comes out.