The hidden Kingdom of the Gummy Bears is a tantalizing colorful world overflowing with mouth-watering sweets!

For years King Sour Berry searched for a magical artifact called the Gummy Bear Medallion, which kept the Gummy Bears hidden from him. The king finally found it and removed the three mystical gems making the Gummy Bears visible. The king's Crazy Candy Army chased and captured them setting traps for those that avoided capture.

Gummy Bears Magical Medallion is a bright and colorful platforming adventure that is sure to appeal to a younger audience. Heavily influenced by traditional side scrolling games of yesteryear, the game serves as a basic introduction to the platforming mechanics that modern...read full review 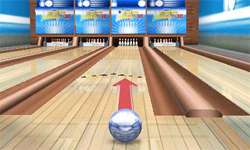