Adventure Time: The Secret of the Nameless Kingdom

Adventure Time: The Secret of the Nameless Kingdom review

Adventure Time is one of the very few popular television shows in recent memory that has appeal to more than one demographic. While on the surface it seems to be just a kid's cartoon, Adventure Time has elements of post-apocalyptic stories, high fantasy and even gaming culture to broaden its appeal. Naturally, the series has been given several video game spin-offs, some good, some bad, but none particularly special. While Adventure Time: The Secret of the Nameless Kingdom had the potential to be a very fun tribute to the land of Ooo, too many missteps make the game feel more derivative than fun. 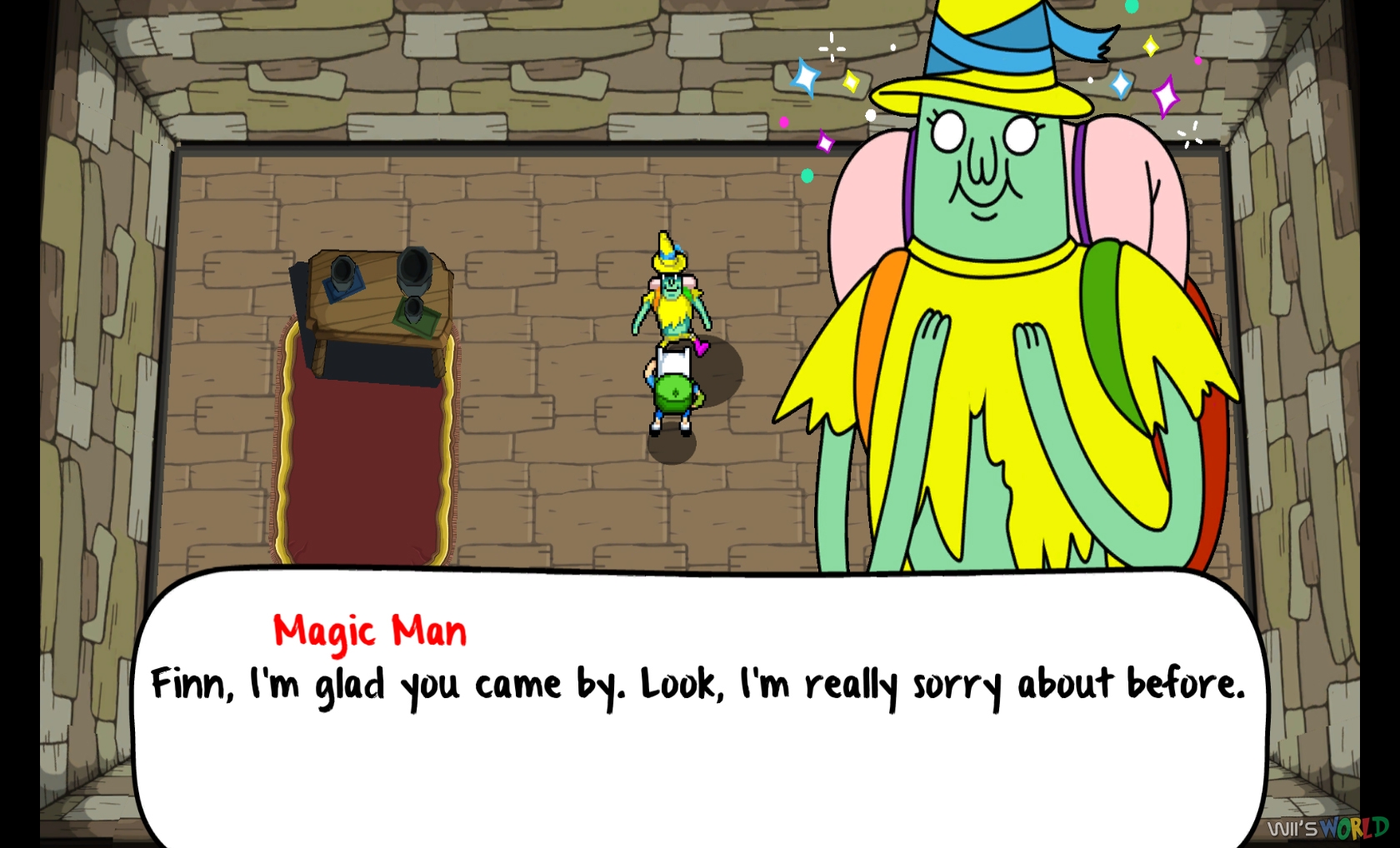 Probably the best and worst thing to say about 'Nameless Kingdom' is that it feels almost indistinguishable from The Legend of Zelda: A Link to the Past and Link's Awakening. Players will experience a top-down action RPG with heart containers, bushes, torches, secret areas, fetch quests and even a trading game. Finding a series of secret gumballs is almost exactly the same as the seashell quest in Link's Awakening, players will experience dark caves and even a sub-quest to repair the door of an old man that Finn breaks down and all of the game's numerous tools are used to open new entrances across the world. This is all done with Adventure Time characters and a very tongue-in-cheek attitude, but at times the 'tribute' to classic Zelda feels more like a cut-and-paste.

More troubling is how the game handles difficulty and navigation. For a game meant for children and families, one would think that there would be a good series of tutorials or at least hints to show where to go next. Unfortunately, a good portion of Nameless Kingdom has the player experimenting with items or going around the overworld blindly simply trying to establish where exactly to go. While the overall objectives (i.e. the princesses) are established right away on the game's map, the methods to get to these places are not. One particularly annoying example involves moving Cinnamon Bun by having to show him something 'funny'. Cinnamon Bun does not tell you what he considers funny, nor a possible direction or any clue of what might be needed. The solution involves using a move that normally picks up solid items to pick up a gas, and is very frustrating. Overall, the game provides little to no tutorials or even hints. If this had been fixed (considering that Jake is in Finn's pocket most of the game, he could have given him some advice!), the game's derivative nature might have been more easily forgiven.

Visually, the game largely is faithful to the cartoon series, which is a plus in its favor. However, as Nameless Kingdom was not originally developed on 3DS, a lot of pixelation comes through. There is a good amount of grainy visuals, and a lot of frequent screen tearing makes the game look as if it only just came out of a beta period. While thankfully there does not seem to be much slowdown or many technical problems, some players have encountered what appear to be game crashes.

Most of the game's music and sound effects are fairly bland, and suffer from compression issues as this is essentially a port of a game coming from the PlayStation 3 and Xbox 360. The game's voice acting thankfully has all of the original actors reprise their roles, though again, sound quality is poor due to compression.

If players can find a walkthrough or mitigate frustration with Nameless Kingdom's navigational issues, it will likely take only six to eight hours. There are not many 'dungeons' in the game and to a large extent the game feels overpriced for what it is. Admittedly, there are a few side-quests like finding heart containers, the aforementioned gumball quest and a trading game, but overall there is not much extra content in this latest Adventure Time story.

Adventure Time: The Secret of the Nameless Kingdom is not a bad game, but it could have been greater than it is. The game feels more like a copy of Zelda than a tribute, and navigation is more frustrating than old-school. If players have already exhausted the current Zelda titles available on 3DS and Wii U and enjoy Finn and Jake's adventures, it's worth at least a rental. As the game is currently however, BMO would likely think twice before putting the game in himself.

"Adventure Time: The Secret of the Nameless Kingdom is not a bad game, but it could have been greater than it is. "

Not, it a bad game. Was fun for only 10 minutes. Glad I only rented it at Redbox.