There and back to Hoenn again

Recent years have seen Nintendo struggling to appease their stockholders, not least of which by subjecting the Pokemon franchise to 'annualization' which usually results in games suffering in terms of creativity and quality. Developer Game Freak has largely weathered this problem gracefully, but Pokemon Omega Ruby and Pokemon Alpha Sapphire have started to show signs of franchise fatigue.

As always in the 'main' Pokemon series, OR and AS have the player trying to become a Pokemon master in the Hoenn region, distinct from the other five regions now currently in the Pokemon world. Doing so involves acquiring badges from themed Pokemon gyms, stopping the local criminal organization from taking over/ending the world and capturing as many of the more than 700 creatures available. No big deal, right? 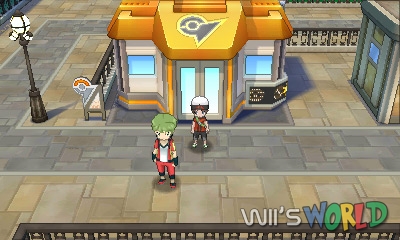 OR and AS are actually a remake of the third series game on Game Boy Advance, and there have been worries that these titles would have little to offer other than graphical enhancements. In fairness, these criticisms are both true and not in the game. Certain areas of Hoenn have had layouts completely altered, quite a few activities have been added or expanded from previous games, and quite a lot of new wild Pokemon have been added to the environment. However, while there are some minor story content additions, it can be argued that almost everything else has simply been taken from previous titles. Pokemon, activities and battles are all just similar or slightly altered from X and Y in particular. If players have a complete Pokedex or have no desire to go back to Hoenn, they will likely have no interest in these remakes.

Graphically, OR and AS look leagues better than they did back on the GBA. The remakes use the same 3D engine and style that powered X and Y, complete with new battle backdrops and environments. Hoenn is especially a treat visually compared to Kalos, as there are far more exotic locations involved in this island nation from volcanoes to beaches to jungles. 3D is sadly still limited, and Pokemon STILL suffer slowdown during 3D battles. The game looks great, but still needs work graphically.

In terms of sound, there is not much to say. All of the music are nice remixes of the compositions found on GBA, with sound effects also getting a slight upgrade in quality. As in X and Y, Pikachu has its anime voice in battles, with no other Pokemon getting the same treatment. 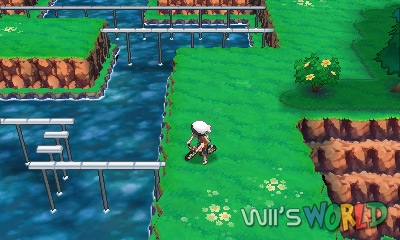 To OR and AS's credit, the titles do have more extras than most current Pokemon titles. Mega Stones return from X and Y, not only featuring all of the stones from those games but an enormous amount of new ones as well. The new Mirage Spots give players the opportunity to catch up on non-event legendary Pokemon they may have missed, with over a dozen from previous generations available to catch, alongside the legendaries from Ruby and Sapphire. Finally, a brand new epilogue episode has been added in which the player not only goes into space, but also gives the opportunity to catch two more legendaries. When it comes to extras, these remakes don't scrimp, and when one factors in how long it might take to capture all of the available Pokemon without having done so before, players are in for a very long game.

Pokemon Omega Ruby and Pokemon Alpha Sapphire are starting to show that the series is suffering from franchise fatigue, but is doing so more gracefully than the likes of Call of Duty or Assassin's Creed. Game Freak has done just about everything they could to accommodate players who have just started their Pokemon collections on 3DS and going to Hoenn for the first time is a treat for any Pokemon trainer who has never been. These remakes are not perfect, nor are they as good as X and Y. If players have gaps in their Pokemon collection or have never experienced Ruby, Sapphire or Emerald however, these games are well worth the price tag.