Similar to previous games in the series, this one has you building a city on a grand scale. In addition to regular cities, a number of 'themes' are available, including:

Many types of buildings can be created - residential homes, shopping centers, sport stadiums. It's not all smooth sailing though, as your city will be attacked by a number of strange phenomenon. These include the likes of dinosaurs, UFOs and asteroids - all with the potential to wreak great havoc and give your citizens a bad time. 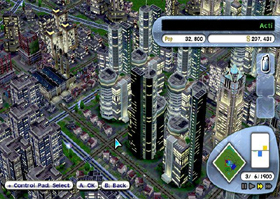 The game aims to take advantage of the Wii's unique capabilities. Players will trace roads, lay tracks and cables using the Wiimote. When you're satisfied with your work, you can fly around your creation in the Mayor's helicopter. There's also the option of using the Nintendo Wi-Fi Connection to post your city online and have it rated by others. 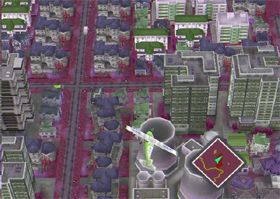 SimCity Creator hits Japan this September. A 2008 release for the US is likely.

I want current day japan! Although it might be kind of expensive to prevent those tentacle demon assaults at the high schools.

Rating a city? Do they want us to be paranoid dictators? *cough*likewithchina*cough*.

I still play the SNES simcity for kicks, so this looks awesome.

Oh yes, it will be mine.

Oh, and by the way, I suck at sim city 2000 more than I do in lost in blue. But the PC version is harder, correct?

Tell me WHY should I build on property? Do I look like a smelly builder man?! If I wanted to, I'd ask my agent to do it. I prefer the sims 2 on pc. Now THAT'S building!