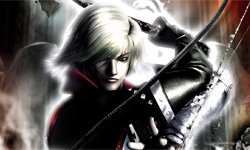 In an interview on the official Star Trek website, actor Michael Dorn (most known for playing Worf) confirmed he had been working on a Castlevania movie. He revealed that fellow actress Marina Sirtis (aka Deanna Troi, ship's counsellor) had recommended him for a part.

"It's a fun little part. It's four days and I'm playing a werewolf that's been around for a gajillion years who works for this vampire. It's not too far from Worf because there's a lot of killing and jumping and sword fights and everything." - Michael Dorn

It's hard to get excited about game films, we've been let down so many times. Only comic book ones turn out any good for some reason.