EnjoyUp gets its Wii U license 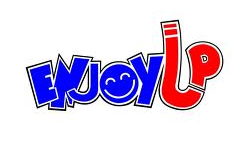 A press release from Julio, head of EnjoyUp Games confirms that the company has successfully obtained a Wii U developers license from Nintendo.

EnjoyUp is known for creating the challenging Chronos Twins series (e.g. Chronos Twins DX) and for helping other small studios get their work published - most notably La-Mulana on WiiWare, which for a long time seemed like a doomed project.

These are good guys!

i have never heard of them