Max and the Magic Marker interview 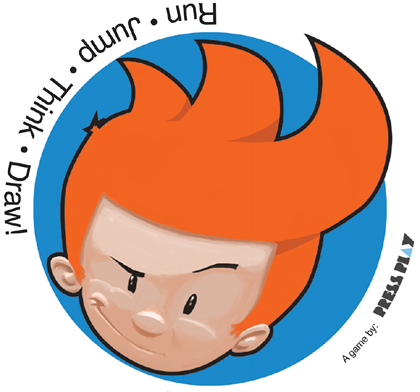 Earlier today we saw the trailer for Max and the Magic Marker, what looks like a very promising platformer with a twist for WiiWare. Ole Teglbjerg from Press Play, the indie developers of the game, kindly agreed to answer a few questions.

WW: Hi! Please introduce yourself and describe your role within Press Play?

Ole: My role in Press Play is primarily programming but I am also co-founder and partner, so my tasks are diverse.

WW: Can you tell us a bit about Max and the Magic Marker? The website describes it as a speedy action game, but is there also a strong puzzle element?

Ole: Max and the Magic Marker is indeed a speedy platform game but it has a strong puzzle element. There are many obstacles in the levels which require some thinking to overcome but our vision has from the beginning been to fill the game with fun and speed. And we have kept to that vision on all levels: music, graphics and gameplay.

WW: How long has the game been in development so far?

Ole: The game has been in actual development since September 2008 but the idea was born early 2008.

WW: Have you been influenced by 2D platform games of the past?

Ole: Of course! Especially Mario, Neverworld, and Pitfall, Earthworm Jim plus the fantastic but more recent Little Big Planet which we all love.

WW: The trailer shows us the first world "Sweet Home", how many other worlds can we expect? What kind of locations?

Ole: The WiiWare title is going to feature three worlds. "Sweet Home", "Robots" and a third world which is yet to be announced - have a look on our website and see if you can guess the last one :)

WW: In the game Max collects some kind of glowing orbs, what are these about?

Ole: The glowing orbs are "normal" pickups. No platform game is complete without them. They serve as a measuring stick for players to perform best in a level.

WW: If you meet your development deadline of mid-September, how soon after could the game be released?

Ole: If we make the deadline we will be very pleased. The process from there is somewhat out of our hands and so we cannot say anything about a possible release date.

WW: What's next for Press Play? Any future projects in mind at this stage?

Ole: We are puzzling around with a few small tanks and an octopus but these projects are still too young to say much more about :)

Many thanks to Ole for taking time out for us. Press Play's website can be found at the link below.