No achievements system on Wii U 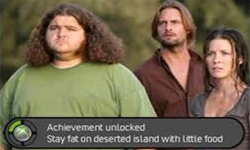 On the NeoGAF forums, 5th Cell's co-founder Jeremiah Slaczka has revealed that the Wii U doesn't have a universal system for achievements like the Xbox 360 or PS3 (trophies in that case).

"There are no Wii U accomplishments that are system wide. Scribblenauts Unlimited loosely has them in the form of 'Global Starite Shards' which is like a giant checklist of global things to spawn and do in the game that aren't area specific." - Jeremiah Slaczka

Clearly developers can implement their own achievement systems in games, but it won't be a general Gamer Score or trophy cabinet. Do you think Nintendo has made a bad call on this one?

You could take the view that the Miiverse features are like a more socially-oriented way of logging your progress in games.

I don't like this, personally. I think Nintendo are being lazy and could easily implement a cool system for tracking achievements. It would definitely be better to have it than not to have it.

Nintendo always likes to do things their way. I think having achievements might've helped to boost sales for smaller eShop games, though. It's kind of like an added bonus.

i think this is something they should add for people's sake