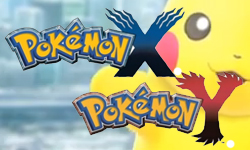 Earlier today the suave-as-always Mr Satoru Iwata delivered a Nintendo Direct video that is sure to appeal to Pokemon fans worldwide.

Along with describing the history of Pokemon games in some detail, he announced the forthcoming release of Pokemon X and Pokemon Y on 3DS.

You can watch the video here in its entirety:

Pokemon X&Y will release across many countries in October 2013.

I've never really played much Pokemon, maybe now is a good time to get into it!

Seems a little soon since Black and White, and I'm disappointed that Nintendo's breaking their pattern and not first releasing a remake of Ruby and Sapphire. Still exciting news, though, and it'll be a TRIP seeing a Pokemon game without a single sprite to be found. I knew all those models in the 3D pokedex weren't just for show.