A bevy of box arts for the US. First here's Monster Lab, an action-rpg from Eidos. 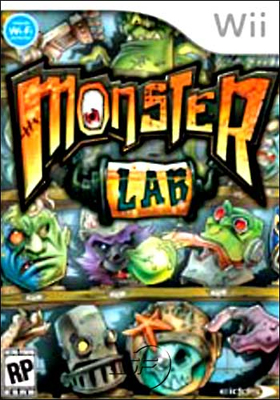 Next up is Deca Sports, a would-be Wii-Sports-killer by Hudson. 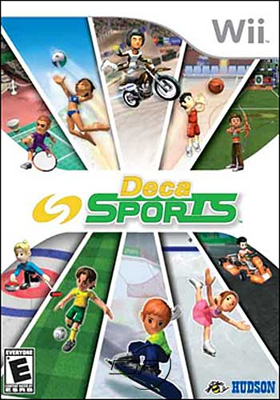 Last, but probably not least, we've got Rock Band. 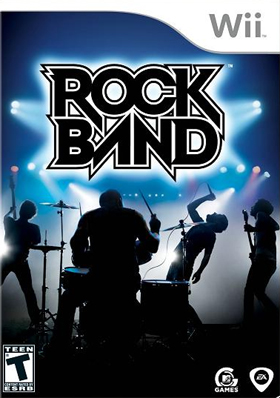 I'm not seeing a Wi-Fi logo.

Some new info is floating around regarding the Wii version of Rock Band. The game will release in June, bundled with peripherals including drums, guitar and a microphone. The Wii gets 5 bonus songs, bringing the total up to 63. Unfortunately they say online play is out, and so is downloadable content. But it will still retail for $169.99. Yikes.

Sounds like an average third party developer who's too LAZY. I thought EA was on Wii's side. YOU did with MOH, Madden, and Fifa, so why not Rock Band? I'll tell why not. Harmonix just wants easy money. Well if you want a lot of money, put online play. Why do you think GH3 sold so much on Wii?

I just want the drums for rock band.

So? I'm still getting it.

Can you use Miis in Deca Sports? If you can, that is going to be one fun game.

I know that the Wii hard drive issue was driven into the ground, but I can't help but think how limited this version is going to be without downloadable songs. Deca Sports is definitely aiming to be the Wii killer. The boxart and character designs are a dead giveaways. Then again, nothing can be a Wii Sports killer because everyone who has a Wii has Wii Sports.

I will never understand why so many people like Rock Band and Guitar Hero. Real instruments are better. And I've heard about Monster Lab. I wonder if it's like Amazing Island.

*demonic T-rex yell* ARRGH I HATE THIS! Why do people think that the Wii is equal to the frigging PS2?!?

No downloadable Rock Band content? That's a no-go for me.

There WILL NOT be any Miis in deca sports. Developers who wish to use miis must ask Nintendo, and for some reason, Nintendo is very strict with their usage in the games. This would be ok, but guys, you can't let Hudson, who created Mario party and stayed pretty much loyal to you for 10 years(!), use miis in what will pretty much be Wii Sports 2?! Unbelievable.

Got some good news and bad. First up, no DLC. Kinda sucks because the Wii can do downloadable stuff. Good news, online hasn't been deconfirmed, and DLC might appear in the future in WiiWare. Plus, World tour mode, and create a character will be in the Wii version. Can't say much about graphics.

Wait. You can make custom characters in Rock Band? Finally! I can put Murdoc in my band.